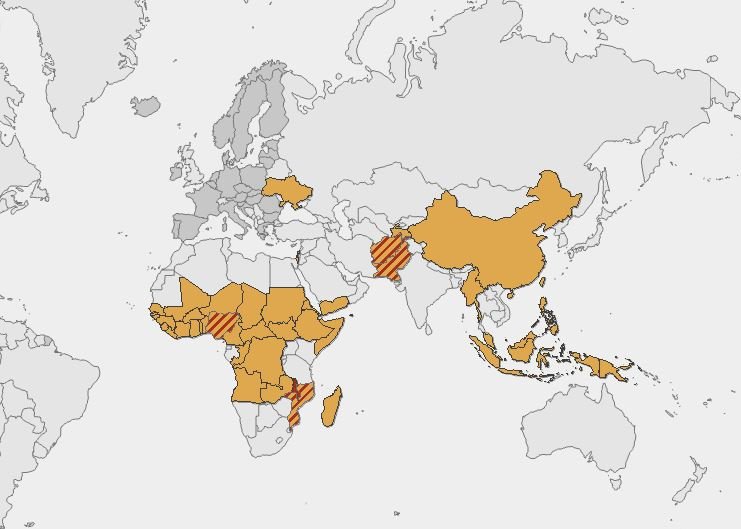 Welcome to the NEW America under Democrat-Socialist tyranny — You’re going to love it.

Experts are warning that HUNDREDS of New Yorkers may already be infected with polio after state officials found evidence of the disease in two New York counties.

The virus was detected in wastewater in areas of Orange County and Rockland County in New York state. Polio has been eradicated in most of the world.  African and Asian countries are the exception.

Thanks to Joe Biden and his open borders policies we are seeing strange new outbreaks in the United States today.

New York officials are warning that hundreds of Empire state residents may already be infected with the devastating polio virus after it was detected in wastewater of a second county in the state.

State surveillance detected presence of the polio virus in at least two different areas of Orange County, New York – around an hours drive from New York City – in June and July. It comes within weeks of officials announcing a confirmed polio case in Rockland County – just northwest of the Big Apple’s Bronx borough. The virus was also detected in Rockland wastewater last month.

Because polio is asymptomatic in a majority of cases, it is likely that the detection of one symptomatic case means there could be hundreds of others that will never be detected. Finding the virus in wastewater samples in multiple counties confirms fears that the virus has been spreading in the state for sometime before the Rockland case was detected.

Officials are urging the population to get vaccinated to prevent a resurgence of the devastating virus. Orange and Rockland are both among the counties with the lowest vaccine coverage against the virus – at 59 and 60 percent respectively. A person who is already vaccinated is not believed to be at any risk.

According to the researchers, the first polio patient in New York who was left paralyzed was infected with the same strain of the virus that was found in London and Jerusalem, as reported by the Daily Mail.

“Testing at labs run by the Global Polio Eradication Initiative (GPEI) revealed that the New York patient had caught the same strain identified this year,” the outlet said.

The post HUNDREDS of New Yorkers May Already Be Infected with Polio — Disease Now Found in Waste Water in Two New York Counties appeared first on The Gateway Pundit.