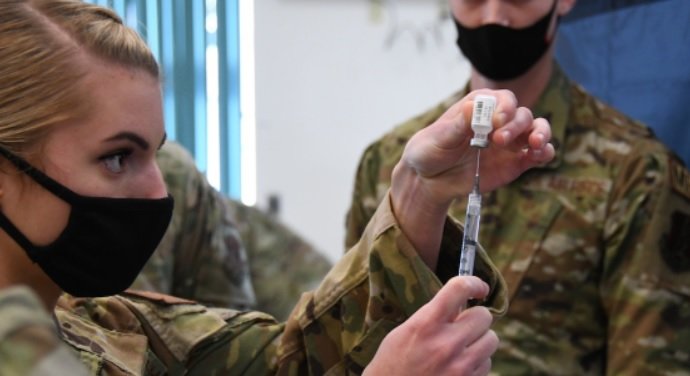 “Our Military has Become a Ruthless, Toxic Mélange of Spineless, Gas-Lighting Leadership” – Wife of US Hero and Warrior Being Ruined by His Immediate Military Leadership

TGP received the following letter from the wife of an American soldier and the mother of his children.  This American hero, father, and husband is being attacked despite a board recommending that her husband, Brandon Budge, remain on flying status.

Don’t Thank My Husband For His Service

Nearly 20 years of service and multiple combat deployments, all of it wasted! It pains me to admit that our military has become a ruthless, toxic mélange of spineless, gas-lighting leadership. A place where leaders live a different standard than the one they force on those to whom they are supposed to “guide.” I use the word “guide” loosely, as my family and I currently fight a leadership team determined to destroy my husband’s career, without cause. Chief Warrant Officer 3 Brandon Budge is living through the ugliest side of our current political culture and climate. His leadership has been allowed to operate outside of what is just and prudent. Colonel Shane Finison and 7th Infantry Division Commander Major General Stephen G. Smith have abused and mistreated our family to the point of breaking.  The reason? A medic falsified his records to show him receiving a COVID “vaccine” when he hadn’t, even though he, under threat had agreed to be vaccinated while on leave. He had spoken to his commander the day he departed for leave, explaining his plan to be vaccinated while on leave.  Brandon was accused of falsifying his records, he didn’t. He swore an oath to defend the Constitution and is now being denied due process by those who took the same oath.

We have since been subjected to an investigation in which his command refused to allow him to submit evidence on his behalf. The investigation was conducted in a manner contrary to the regulation that governs it and has been described by others at 16th Combat Aviation Brigade as “the worst investigation I’ve ever seen.” Witnesses were not questioned, text messages, emails and statements were tossed aside as these items did not fit the 16th Combat Aviation Brigade commander’s desired outcome. Colonel Finison’s refusal to accept my husband’s testimony and the testimony of others forced us to file a Department of Defense Inspector General Complaint. Then the retaliation and reprisals started.  After reassuring my husband that he would be allowed to go back to work as a UH-60 Maintenance Test Pilot, the same leadership subjected him to a lengthy 12-hour Flight Evaluation Board, where it would be determined if Brandon would be able to keep his flight status. Clearly this was in reprisal for the IG complaint. It is against military regulation to retaliate against a service member for filing a complaint.

But, at least we would finally be given the opportunity during the Flight Evaluation Board to submit the hundreds of pages of evidence that his command had previously refused to accept. My husband and his legal counsel, Matthew Barry, presented page after page, text message after text message, email after email, all in an effort to prove Brandon’s innocence, and that we had been terribly mistreated.  I sat with my 6-month-old son as we listened to the testimonies of several individuals that supported my husband. Then, after more than 11 hours, the board members left the room to decide the fate of my husband and his nearly two decades of service to his country. When the board president returned, he found all allegations unsubstantiated and that none of the reasons to convene the board even existed! He and the other two members of the board concluded that Brandon should remain on flying status.

We had finally presented the evidence, courageous individuals that have worked with Brandon for years testified on his behalf… We had won, or so we thought. We thought we would be able to put this behind us.  Sadly, this was not the case.  His chain of command continues to pursue him, deny him access, and threaten his retirement, his flight status, and his livelihood.  They deny him passes to see me and the kids as we moved to a location to spend a year apart as he was supposed to move to Korea and be promoted.  This all came to a stop due to these false accusations, and his chain of command continues to cover up what happened.  So… As I write this, you may ask, “how has the army thanked my family for their tireless service?” Colonel Shane Finison and General Smith refused to accept the ruling of the board. My husband will soon be losing his wings… He has been given a General Officer’s Memorandum of Reprimand, and “awarded” a substandard performance evaluation.  He’s been forced to spend tens of thousands of dollars to defend himself, rather than use that money to help raise our seven children. His promotion chances are all but gone. His innocence was proven before a board, a board whose members were chosen by Colonel Finison, yet this same commander still destroyed his career and placed his retirement in his crosshairs. So please when you see us… Don’t thank him for his sacrifice… It has all been for naught. Instead, you can thank Major General Stephen G. Smith, Colonel Shane Finison, Chief Warrant Officer Barry Sledd,  and Lieutenant Colonel Douglas Holt for their spinelessness and lack of leadership. Nearly 20 years of service and thousands of dollars, down a disgusting drain of abuse, it’s no wonder nobody wants to join the military today, I can’t blame them.

The post “Our Military has Become a Ruthless, Toxic Mélange of Spineless, Gas-Lighting Leadership” – Wife of US Hero and Warrior Being Ruined by His Immediate Military Leadership appeared first on The Gateway Pundit.