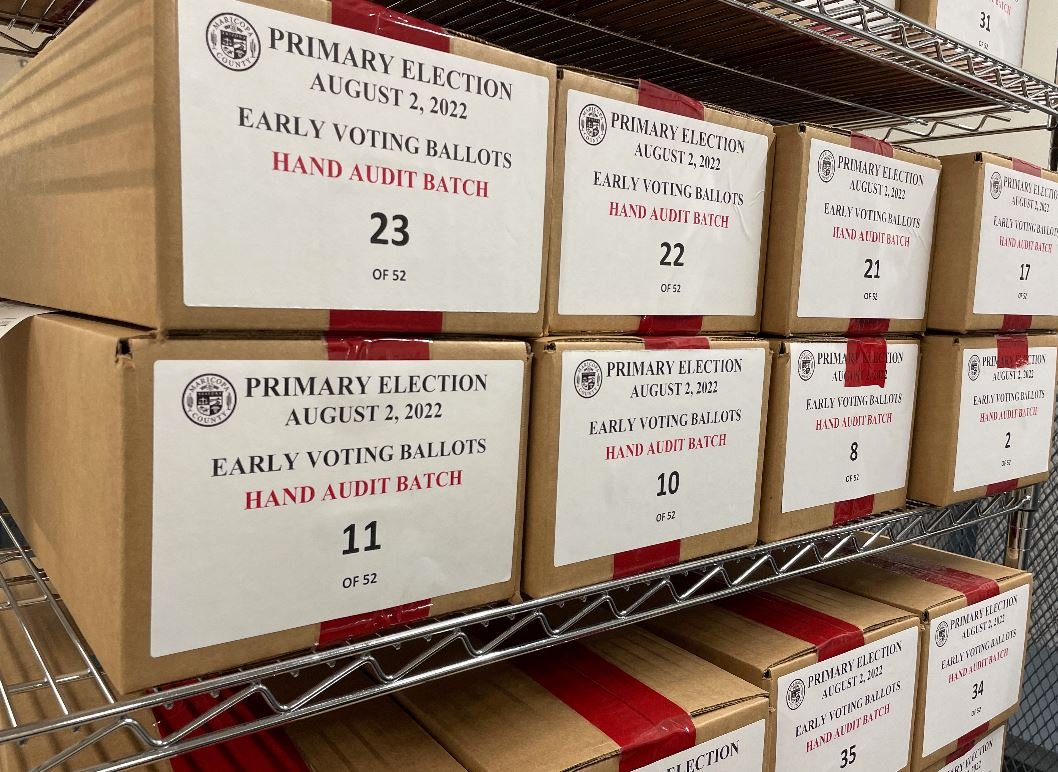 They have been counting the votes for seven days now.

The Gateway Pundit reported last Friday that Maricopa County was still counting the votes after days of waiting for a final decision on the Republican gubernatorial primary race.

Arizona Is STILL COUNTING The Votes After Tuesday Primary and Kari Lake’s HUGE Victory – What The Hell Is Going On?

We officially won every single county in Arizona. Clean sweep of the State.

This isn’t MY win.
This is OUR win.

As TGP reported, Maricopa County stopped counting shortly after Kari took the lead across the State on Tuesday night. They resumed counting on Wednesday last week and finally called the race for governor on Thursday night.

Without a final result on election night, Arizona voters were left wondering for days, what the hell is going on?

According to local journalists, Maricopa County is still counting the ball0ts and does not expect to finish until tomorrow.

.@maricopacounty expects to finish counting ballots tomorrow, the 8th day after the election. In the 2020 primary, Florida’s Duval County (Jacksonville) took 9 days. Duval had about 162k ballots, compared to the 858k Maricopa has tabulated so far. https://t.co/ASksi5Cfla

Kari Lake took on the fake news media outside her office after her historic win and said, “I am not satisfied with how the election was run.”

WATCH: Trump-Endorsed Republican Nominee Kari Lake Takes On The Fake News Media After Historic Win: “I Am Not Satisfied With How The Election Was Run… We’re Gonna Make It Easy To Vote And Impossible To Cheat.”

The Arizona establishment did everything in its power to stop Trump-endorsed Kari Lake in the primary election, but they failed.

Arizona must watch the corrupt election officials like Secretary of State Katie Hobbs and the democratic governor nominee in the general election.