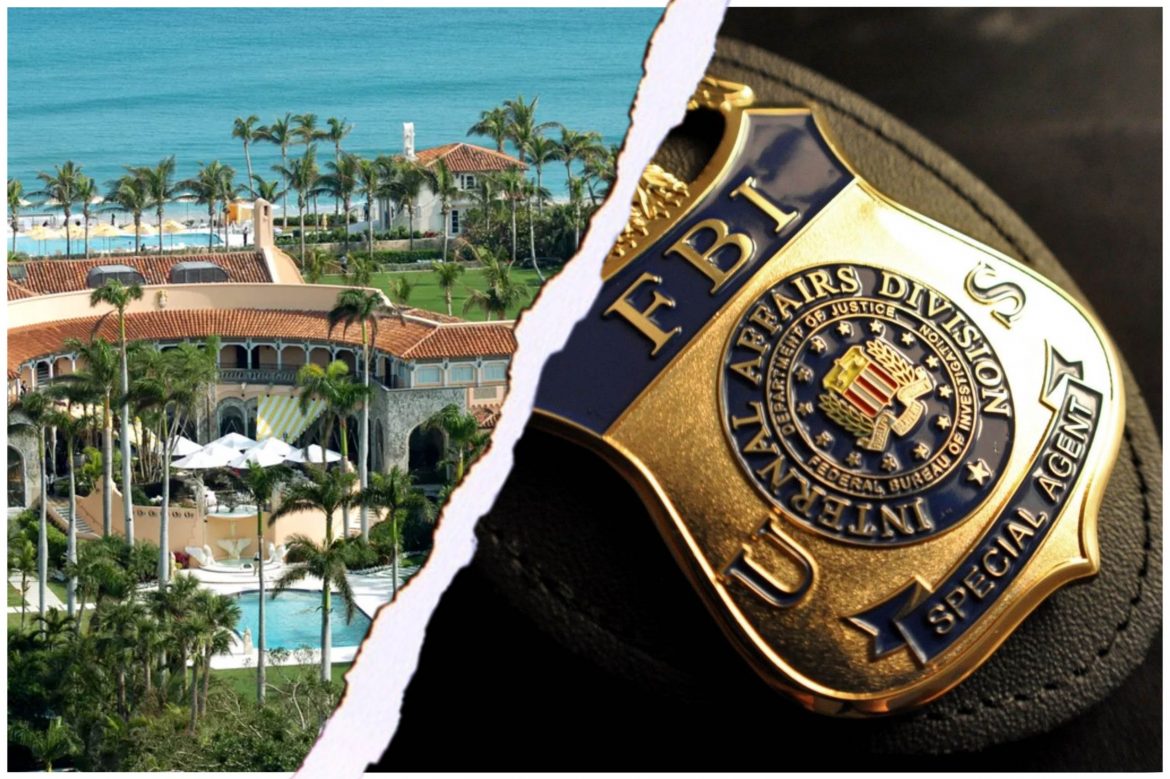 The FBI raid was so urgent that the US government waited for more than a year-and-a-half after Trump left office to search for records related to ‘nuclear weapons.’

This is merely an excuse for the FBI’s abuse of power.

US Attorney General Merrick Garland on Thursday basically admitted the feds have nothing on President Trump. He could not identify ANYTHING the president did that was illegal.

“I personally approved the decision to seek a search warrant,” Garland said.

Biden’s DOJ is now trying to justify the raid on a former president’s home by claiming records related to nukes were being stored at Mar-a-Lago.

Classified documents relating to nuclear weapons were among the items FBI agents sought in a search of former president Donald Trump’s Florida residence on Monday, according to people familiar with the investigation.

The people who described some of the material that agents were seeking spoke on the condition of anonymity to discuss an ongoing investigation. They did not offer additional details about what type of information the agents were seeking, including whether it involved weapons belonging to the United States or some other nation. Nor did they say if such documents were recovered as part of the search. A Trump spokesman did not immediately respond to a request for comment. The Justice Department and FBI declined to comment.

A person familiar with the inventory of 15 boxes taken from Mar-a-Lago in January indicated that signals intelligence material was included in them. The precise nature of the information was unclear.

The former officials and the other individual spoke on the condition of anonymity to discuss sensitive intelligence matters.

Classified documents relating to nuclear weapons were among the items FBI agents sought in a search of Trump’s Florida residence, according to people familiar with the investigation. https://t.co/2LYXroESjh

None of this makes sense.

President Trump received a subpoena for documents in the spring before Biden’s FBI raided Mar-a-Lago this week.

According to John Solomon at Just the News, Trump received a grand jury subpoena for classified documents and fully cooperated with federal agents who showed up to his Florida residence on June 3rd.

John Solomon reported that Trump was cooperative with the federal agents and even added an extra lock to secure the documents in his private storage locker at his Mar-a-Lago residence.

Trump corroborated this report in a post to his Truth Social page.

“In early June, the DOJ and FBI asked my legal representatives to put an extra lock on the door leading to the place where boxes were stored in Mar-a-Lago – We agreed. They were shown the secured area, and the boxes themselves. Then on Monday, without notification or warning, an army of agents broke into Mar-a-Lago, went to the same storage area, and ripped open the lock that they had asked to be installed. A surprise attack, POLITICS, and all the while our Country is going to HELL!” Trump posted to Truth Social.

Two months later, Biden’s jackbooted thugs showed up to Trump’s residence with machine guns and raided the property – ALL WITH MERRICK GARLAND’S APPROVAL.

“My attorneys and representatives were cooperating fully, and very good relationships had been established. The government could have had whatever they wanted, if we had it. They asked us to put an additional lock on a certain area – DONE! Everything was fine, better than that of most previous Presidents, and then, out of nowhere and with no warning, Mar-a-Lago was raided, at 6:30 in the morning, by VERY large numbers of agents, and even “safecrackers.” They got way ahead of themselves. Crazy!” – Trump said Thursday afternoon.

If the US government was really searching for records related to nuclear weapons, then why didn’t they contact Trump and retrieve the documents in a civilized manner?