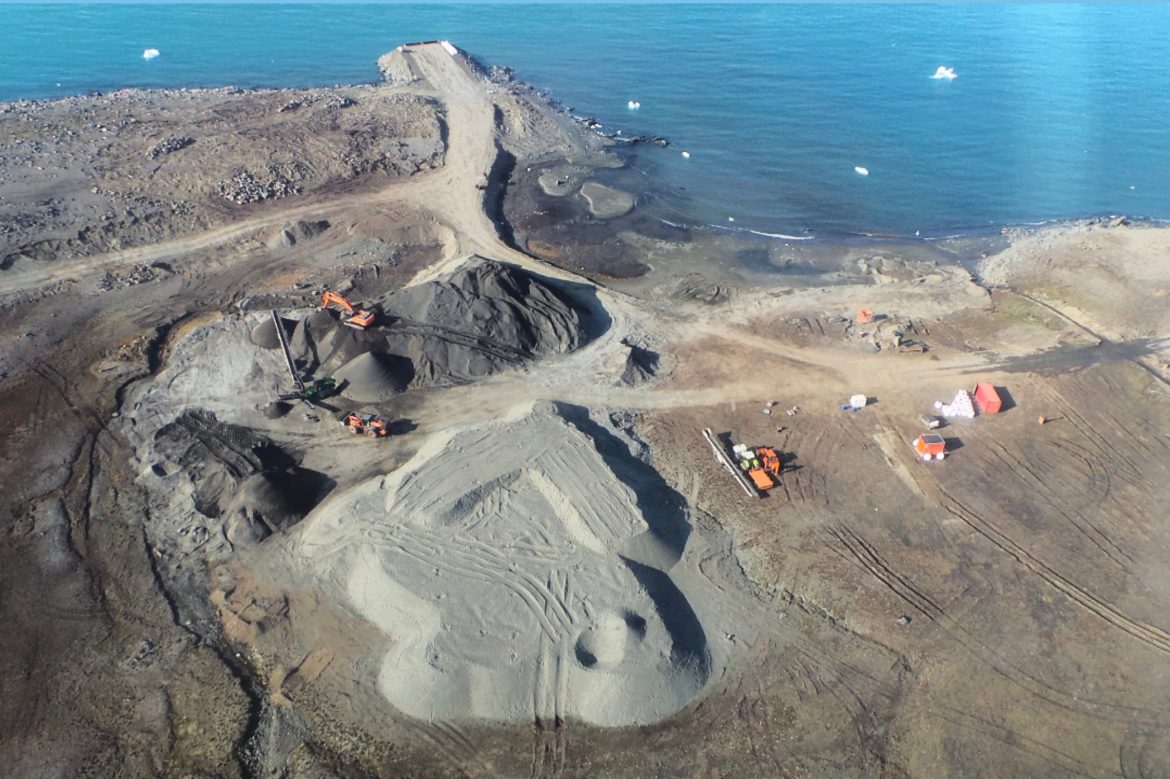 Bill Gates, Jeff Bezos, and Other Billionaires are Funding a Quest for Rare Minerals Buried Beneath Greenland’s Ice Capable to Build Electric Cars and Renewable Batteries

Mining companies, investors, and billionaires like Bill Gates, Jeff Bezos, Michael Bloomberg, and others are funding an exploration for precious and rare metals and minerals buried beneath Greenland’s ice that can be used to build electric cars and renewable batteries, according to Business Insider.

A startup company based in California, KoBold Metals, the first AI-powered mineral exploration company, is working with Bluejay on this quest. There are a total of thirty people working on the project, some of them are pilots, geologists, and geophysicists.

According to the startup company, the demand for the minerals essential for electric vehicles and green energy transition is rapidly expanding.

“Replacing all gasoline-powered cars with electric vehicles is a critical need to avoid catastrophic impacts of climate change,” an entry to its website reads. “To build the batteries for these vehicles, we need all of the world’s reserves of cobalt, nickel, copper, and lithium plus another $10 trillion of new sources of those metals—an increase in demand of up to 40x over the next 20 years.”

As reported by NS Energy in February this year, the company has raised $192.5m in a Series B funding round for its AI-powered mineral exploration.

Using artificial intelligence, the team is looking for minerals and metals for batteries and electric vehicles in the hills and valleys of Disko Island and the Nuusauaq Peninsula. “We are looking for a discovery that will be one of the largest, most significant nickel and cobalt deposits in the world, potentially capable of powering 100 million EVs,” a spokesperson for KoBold Metals told Insider.

Aside from the Disko Island and the Nuusauaq Peninsula, KoBold Metals has a joint venture agreement with Bluejay including Dundas IImenite Project, Kangerluarsuk, Thunderstone Project in Greenland. According to CNN, AI is being used by the team to locate drilling sites for the upcoming summer. The team is also collecting soil samples and examining the layers beneath the surface with drones and helicopters.

“It is a concern to witness the consequences and impacts from the climate changes in Greenland,” Bo Møller Stensgaard, CEO of Bluejay Mining told CNN. “But, generally speaking, climate changes overall have made exploration and mining in Greenland easier and more accessible.”

People criticized the projects by saying that they are “hypocrites.” The comments from the Newsbreak app best summarize it.

One user said, “Let’s see, electic cars to save the ice in Greenland…and we have to dig under the ice using diesel powered engines to get the materiels to make the batteries for the electric cars…and in the process, they destroy the ice, that they are trying to save in the first place. Makes total sense.”

Another user said, “If they have to dig it up doesn’t that meant they would all that fossil fuel? That’s what they are already saying is bad for the “climate change.” Remember how they used to call it global warming. But that was debunked. Now it’s climate change, because it cannot be defined. If climate change were a real thing. Banks wouldn’t be giving 20-30 year mortgage loans. Look at all the other countries that have no regard for that lie. They are still functioning and no lie taking little people’s money for all the rich that are getting richer from the people who are believing the lie.”

“So they are going to destroy/disrupt Greenland’s natural flora/fauna, which affects the globe, in order to save the world by means of electrical vehicles. I wonder what kind of “carbon footprint” they will have after that?” another user wrote.

Here are a few examples of the images that were taken during the Disko-Nuussuaq expedition found on the Bluejay website: Below were taken in Dundas IImenite Project: The post Bill Gates, Jeff Bezos, and Other Billionaires are Funding a Quest for Rare Minerals Buried Beneath Greenland’s Ice Capable to Build Electric Cars and Renewable Batteries appeared first on The Gateway Pundit.