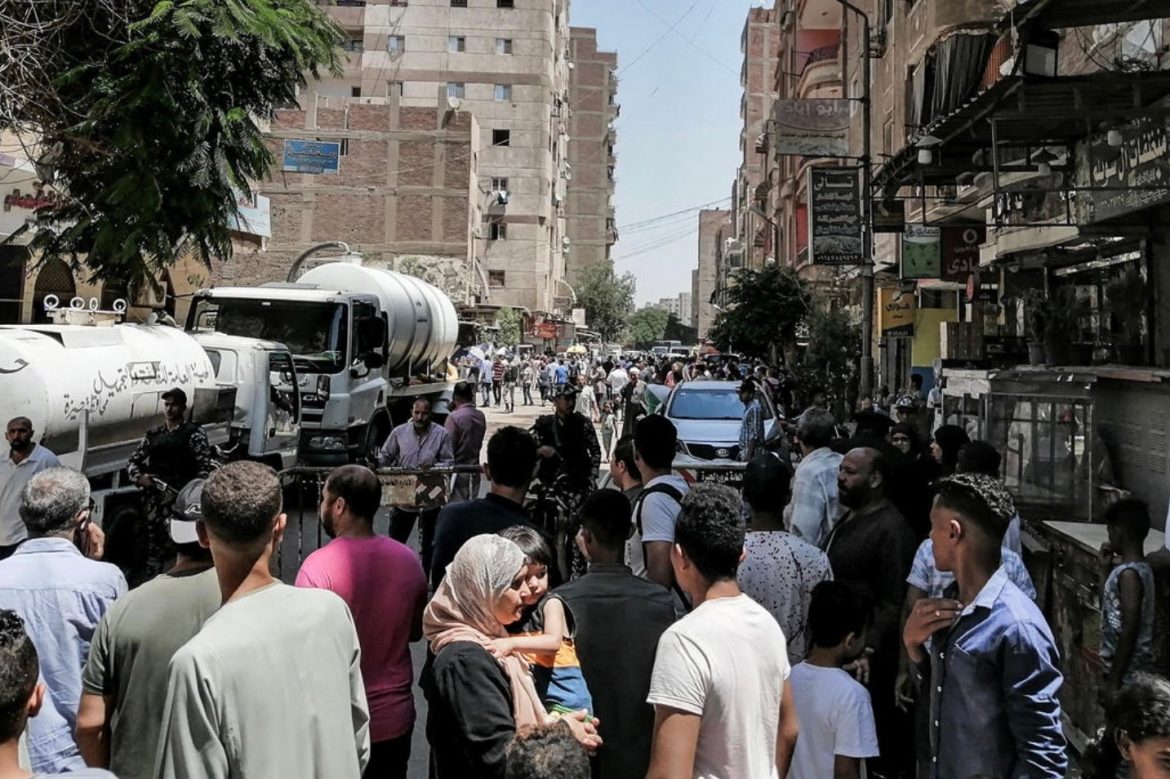 A massive fire broke out at a church in Cairo during a mass on Sunday morning, killing at least 41 parishioners who were mostly children, according to the Coptic Orthodox Church, ABC reported.

“Egypt’s health ministry said 14 people were also taken to hospitals for treatment after being injured in the blaze, which engulfed the Coptic Orthodox Church of Abou Seifain in the working-class district of Imbaba, which is in the greater Cairo province of Giza.. The fire erupted at 9 a.m. Cairo time,” the outlet reported.

During Sunday morning’s service at the said church in Egypt, an electrical fire broke out, which triggered a stampede and resulted in the deaths of at least 41 individuals, the majority of whom were children. Many of the victims also suffered from smoke inhalation, and five policemen were injured.

“The interior ministry, which oversees the Civil Protection Authority, said the fire “broke out in an air-conditioner on the second floor of the church building, which includes a number of classrooms, as a result of an electrical fault,” the news outlet added.

At least eighteen children were among the dozens of victims whose deaths were confirmed, according to CNN.

“I am closely following the developments of the tragic accident,” el-Sissi wrote on Facebook. “I directed all concerned state agencies and institutions to take all necessary measures, and immediately to deal with this accident and its effects.”

Health Minister Khaled Abdel-Ghafar said in a statement that two of the injured were discharged from a hospital while 12 others were still being treated.

The country’s chief prosecutor, Hamada el-Sawy, ordered an investigation and a team of prosecutors were dispatched to the church.

Egypt’s Christians account for some 10% of the nation’s more than 103 million people and have long complained of discrimination by the nation’s Muslim majority.

Sunday’s blaze was one of the worst fire tragedies in recent years in Egypt, where safety standards and fire regulations are poorly enforced. In March last year, a fire at a garment factory near Cairo killed at least 20 people and injured 24 more.