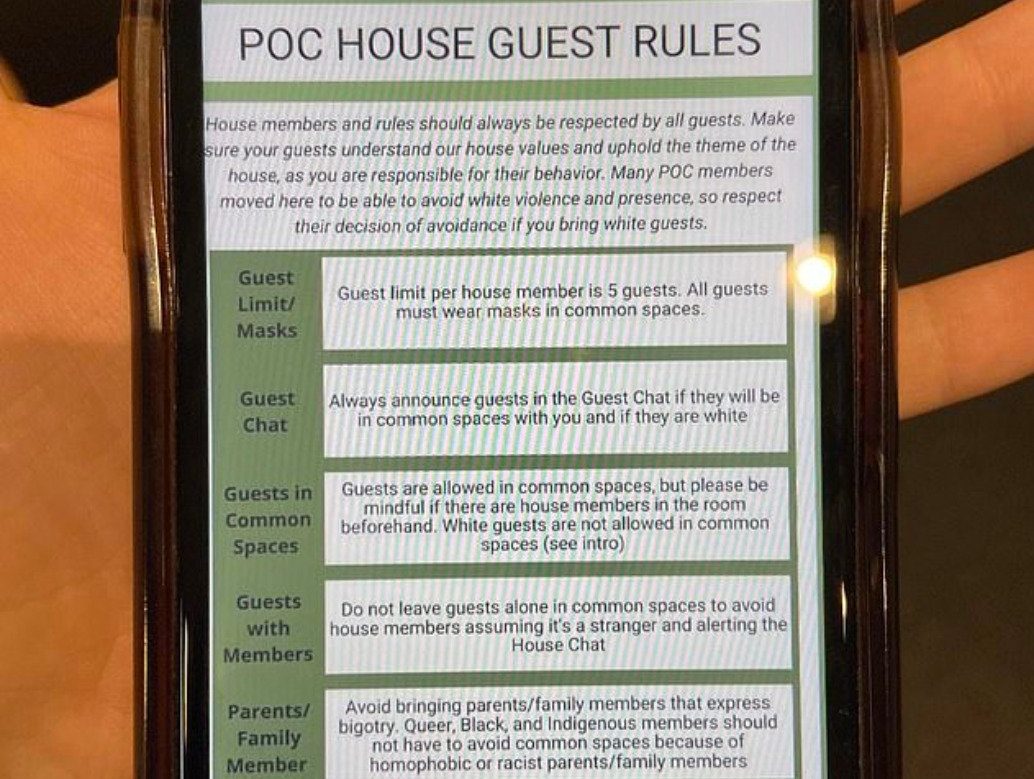 The ‘Person of Color Theme House,’ an off-campus co-op for students at the University of California-Berkeley, requires students to declare their race when signing in and has reportedly banned white guests from entering common areas of the house.  While the housing is not campus operated, it manages to fit right in with Berkeley’s atmosphere.

Rules for the co-op include: A list of house rules revealed that occupants were told ‘many POC moved here to be able to avoid white violence and presence, so respect their decision of avoidance if you bring white guests.’

While the student house aims to have an ‘inclusive’ environment, the rules specifically state ‘white guests are not allowed in common spaces,’ according to the list, which was posted on Reddit.

The accommodation, which is located close to Berkeley’s campus, is a five-story, 30-room home that can house up to 56 students. The house is owned by a private landlord.

But the ‘rules’ which were leaked on social media have caused outrage – with many people slamming the restrictions as ‘racist’ as others came forward and revealed their experience living in the co-op.

One mixed-race Reddit user, who claimed to have lived at the house, said that their ‘presence as a light skinned person was not received well.’

They said house members called them slurs and they were even ‘not allowed to let my dad enter the house because he’s white.’

The Berkeley community has a history of pandering to woke issues and cancelling those they disagree with.  In 2020, they
opened a second student center catering to illegal alien students.  Berkeley is not a friendly place for those who don’t conform. In 2019, thousands of unhinged protesters surrounded Ann Coulter during a speech on campus.