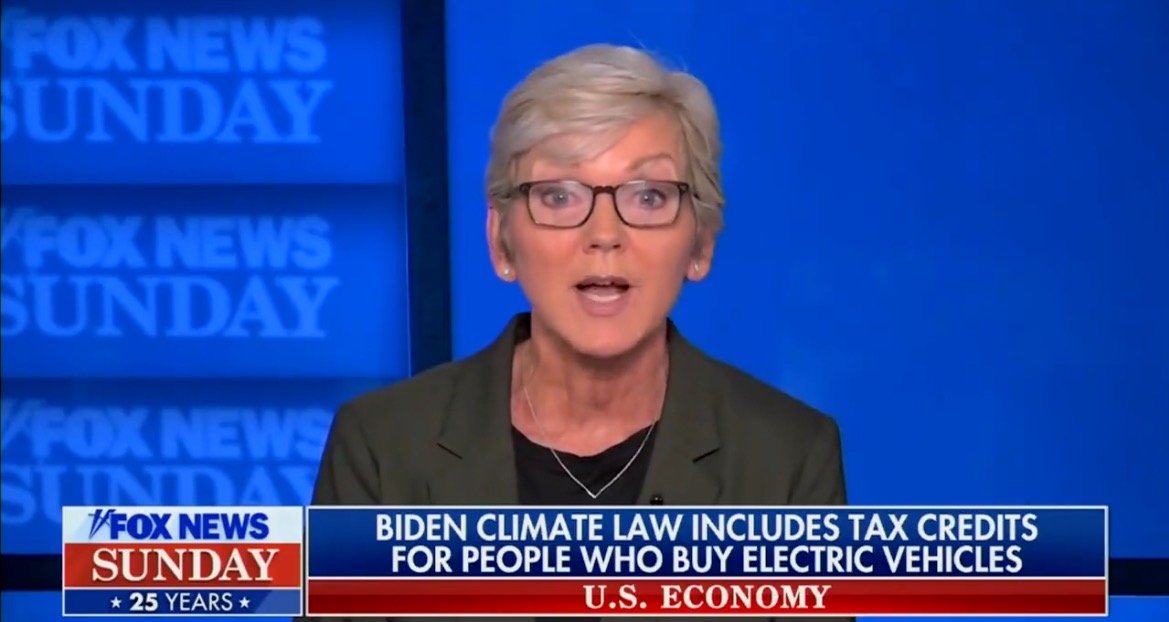 Biden Energy Secretary to Americans Struggling Because of Bidenflation: “You Can Get 30% Off the Price of Solar Panels” (VIDEO) Joe Biden’s out-of-touch elitist Energy Secretary Jennifer Granholm said poor, struggling Americans should be grateful for the ‘Inflation Reduction Act’ because they can get their homes entirely weatherized.

Americans are struggling to put food on the table because of Joe Biden’s tax-and-spend policies.

Joe Biden on Saturday insisted that his $700 billion spending bill during a recession will grow the middle class.

The truth is that Joe Biden’s spending bill will hike taxes on 30% of middle-class families.

But don’t worry because the single mothers and other struggling Americans living paycheck-t0-paycheck can save 30% on solar panels!

“You can get 30% off the price of solar panels,” Granholm said on Fox News Sunday.

The post Biden Energy Secretary to Americans Struggling Because of Bidenflation: “You Can Get 30% Off the Price of Solar Panels” (VIDEO) appeared first on The Gateway Pundit.