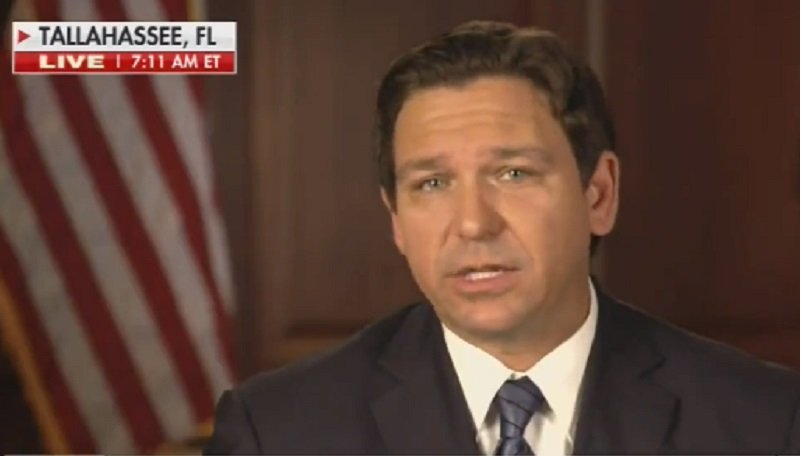 WATCH: Gov. DeSantis Says Fauci Should Still Be Investigated for Wrongdoings Even Though He is Leaving the Government DeSantis said that Fauci did “a lot of damage” and should be investigated when Republicans take control of Congress.

“I think he’s done a lot of damage,” DeSantis said. “I think he should have been gone long ago. And if you think about what he’s done with his arrogance, that’s part of the reason why he’s advocated policies that have been so destructive. He thinks people who disagree with him are somehow beneath him.”

DeSantis said that responsibility for policies that he opposes, such as lockdowns and masking students, are the fault of the outgoing National Institute of Allergy and Infectious Diseases leader. He called him out for destroying people’s businesses and livlihoods.

Gov. DeSantis calls for Fauci to be investigated: “I think he’s done more damage to more people at more ages than anybody else in this country.” pic.twitter.com/kr5ZqX4x6t

Fauci, the governor said, refused “to admit he was wrong” once it was widely accepted that his federal policy recommendations “don’t work.”

“When it just came out, it was a novel thing, there was a lot of information that people needed,” DeSantis said. “So just admit that some of the things you said were wrong. And he will not do that.”

DeSantis’ comments come one day after Fauci announced that he will be leaving the government in December to pursue other things. He has worked for the National Institutes of Health for over 50 years and led the NIAD since 1984.

“It has been the honor of a lifetime to have led the NIAID, an extraordinary institution, for so many years and through so many scientific and public health challenges. I am very proud of our many accomplishments,” Fauci said in a statement released by the NIAID. “I have worked with – and learned from – countless talented and dedicated people in my own laboratory, at NIAID, at NIH and beyond. To them I express my abiding respect and gratitude.”

Fauci said that he will not be retiring and, instead, intends to “pursue the next phase” of his career and “advance science and public health and to inspire and mentor the next generation of scientific leaders as they help prepare the world to face future infectious disease threats.”

“Thanks to the power of science and investments in research and innovation, the world has been able to fight deadly diseases and help save lives around the globe,” Fauci said. “I am proud to have been part of this important work and look forward to helping to continue to do so in the future.”

DeSantis said that Fauci should not get a pass just because he is leaving his position.

“I hope if Republicans take control that they will get to the bottom of everything, from the origins of COVID to all the manifest failures of the public health establishment, particularly Dr. Anthony Fauci,” he said.

The post WATCH: Gov. DeSantis Says Fauci Should Still Be Investigated for Wrongdoings Even Though He is Leaving the Government appeared first on The Gateway Pundit.