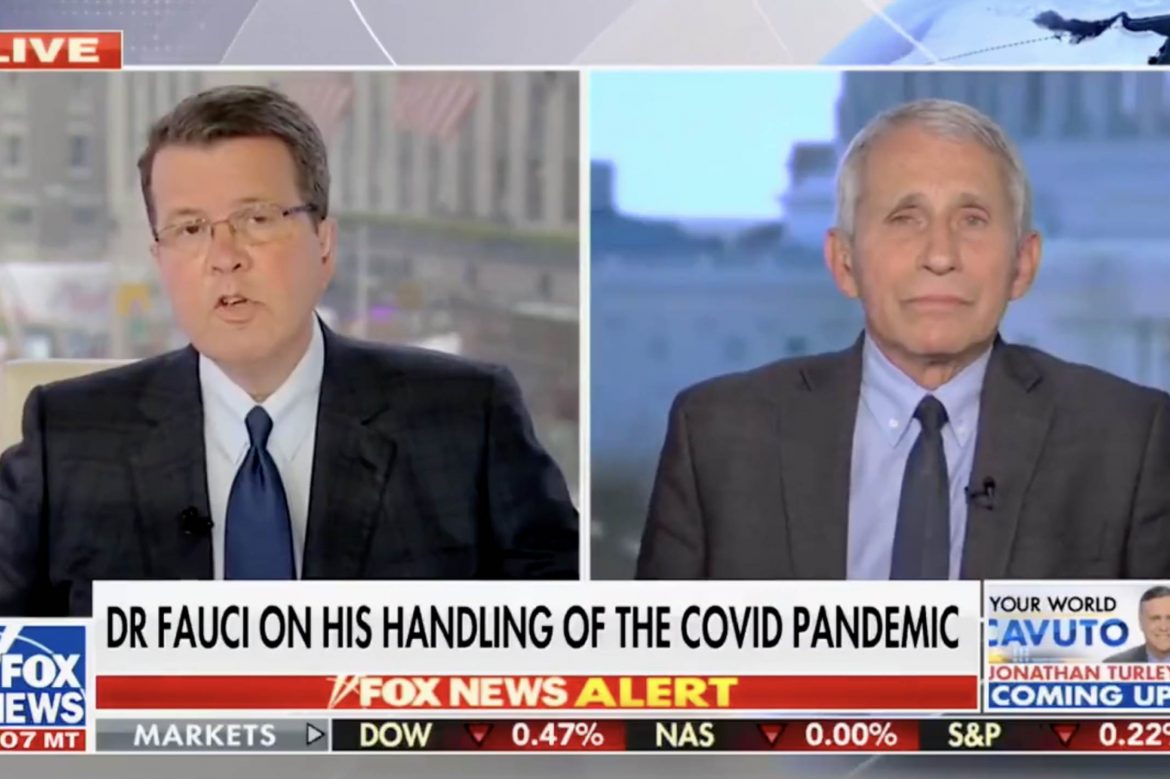 As The Gateway Pundit reported two years ago — In mid-April 2020, Dr. Fauci admitted that it was he and Dr. Birx who persuaded President Trump to lock down the US economy knowing the massive destruction this would cause in jobs, lives, learning, child development, and commerce.

And the rest is history.

And because of Dr. Birx and Dr. Fauci 300,000 to 900,000 children around the world died from starvation due to their economic lockdowns.

Dr. Fauci and Scarf Lady should be in jail.

After destroying millions of lives, Dr. Fauci announced on Monday that he will step down from his role running the NIAID.

Fauci will be retiring from 50 years of public service in December.

“I am announcing today that I will be stepping down from the positions of Director of the National Institute of Allergy and Infectious Diseases (NIAID) and Chief of the NIAID Laboratory of Immunoregulation, as well as the position of Chief Medical Advisor to President Joe Biden,” Fauci said.

“I will be leaving these positions in December of this year to pursue the next chapter of my career,” he added.

On Tuesday Dr. Anthony Fauci told Neil Cavuto: “I have nothing to hide, and I can defend everything I’ve done and every decision I’ve made.”

WATCH: Anthony Fauci tells Fox’s Neil Cavuto why he’s stepping down: “I have nothing to hide, and I can defend everything I’ve done and every decision I’ve made.” pic.twitter.com/9yjQuYE2ms

On the same day, serial liar Fauci lied and claimed “I didn’t shut down anything.”

Let’s roll the tape. Watch the video below:

Unbelievable! Does Fauci NOT know that the Internet lives forever? HERE are the receipts:

One day before he announced his resignation, Senator Rand Paul promised in his latest interview with Just the News that Republicans would get to the bottom of COVID-19’s origins when the GOP takes over the US Senate in 2023.

Rand Paul: “I think most of the mainstream media has kept off of the airwaves a discussion of gain-of-function research or the origins of the virus, but we will get to the bottom of this.”

Robert Kennedy Jr. also shared his thoughts on Dr. Tony Fauci’s announcement on Monday that he will retire in December during the interview with TGP’s Jim Hoft.

So it was fitting that we asked Robert about his thoughts on Fauci’s retirement and life after government service.

Robert said it might be a very difficult year for Dr. Tony Fauci if the GOP wins the senate.

Robert Kennedy Jr.: It’s very limited what he can ask. But if you get Fauci out there for 3 hours with big piles of papers handing him, he won’t be able to lie anymore. He’ll be able to lie, but he’ll get tied in knots. So he’ll have a choice of either showing up at those hearings or resisting them. If he resists the subpoena, he’s in trouble because he has criminal liability. He’ll probably have his attorney telling him to plead the Fifth, and that’s going to be an optics problem for whoever he goes to work for. I can’t really predict what will happen, but I think it’s going to be very interesting. If the Democrats win, I think he’s in much better shape, but if the Republicans win I think he’s going to have a really rough year.

The post Psychopath and Serial Liar Anthony Fauci – Father of Lockdowns – Now Claims “I Didn’t Shutdown Anything” – But the Internet Has the Receipts (VIDEO) appeared first on The Gateway Pundit.