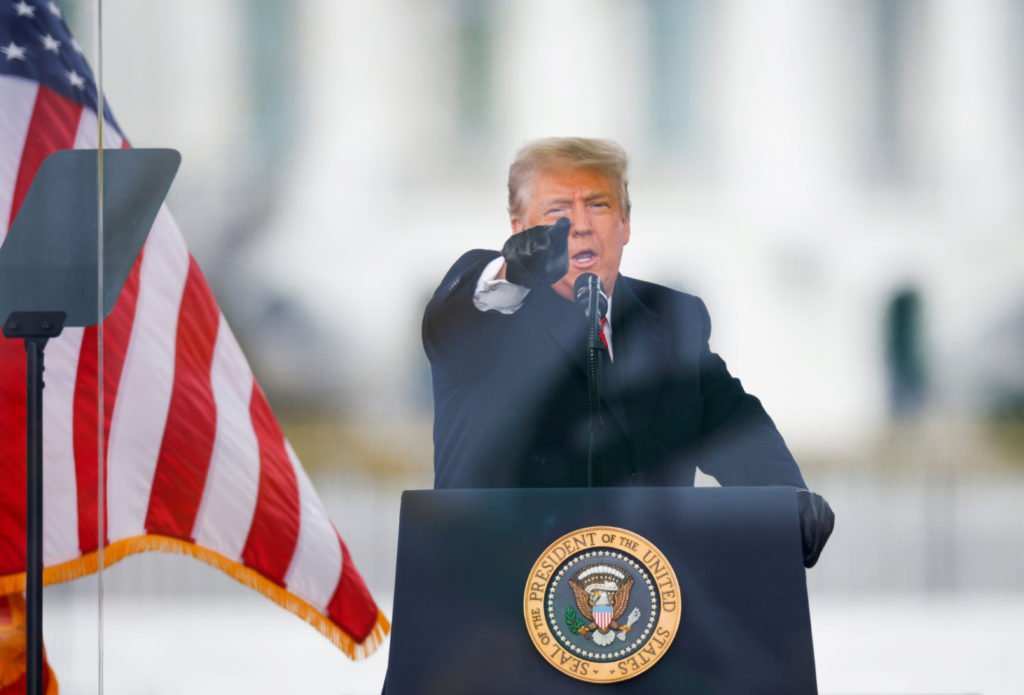 President Trump Releases One of His Best and Shortest Statements Yet FILE PHOTO: U.S. President Donald Trump gestures as he speaks during a rally to contest the certification of the 2020 U.S. presidential election results by the U.S. Congress, in Washington, U.S, January 6, 2021. REUTERS/Jim Bourg/File Photo

President Trump today released one of his greatest statements to date.

This is funny and to the point.  Only President could do this.

In a statement on Friday afternoon, President Trump shared about the released and redacted documents provided to the public by the corrupt DOJ and the corrupt Jeffrey Epstein-related judge. This comes in response to today’s highly redacted document released by the Deep State DOJ regarding the FBI’s illegal raid of Mar-a-Lago a couple of weeks ago.

The document released by the DOJ is mostly redacted.  It’s a joke and based on prior redactions by the FBI the redactions are there to cover up FBI crimes.  This is the DOJ and FBI in the Obama/Biden era.  This gang is corrupt.

The post President Trump Releases One of His Best and Shortest Statements Yet appeared first on The Gateway Pundit.