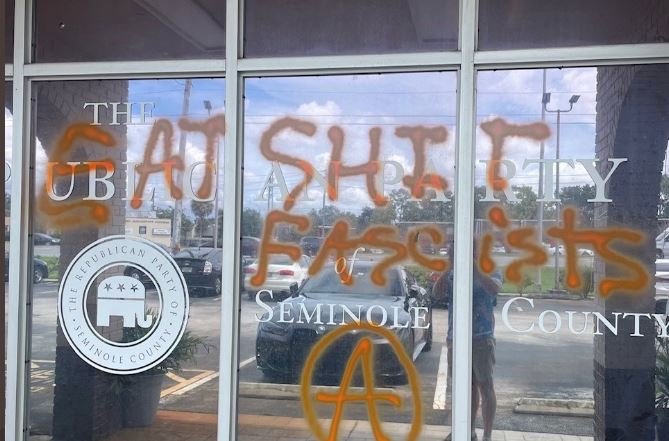 Biden doubled down on the claim when he was questioned about it on Friday.

The criminals spray-painted “fascist” on the front windows.

They are dutifully echoing Joe Biden.

There is no place for violence in our political discourse, and the GOP will not be intimidated. pic.twitter.com/fmiiMVmi0t