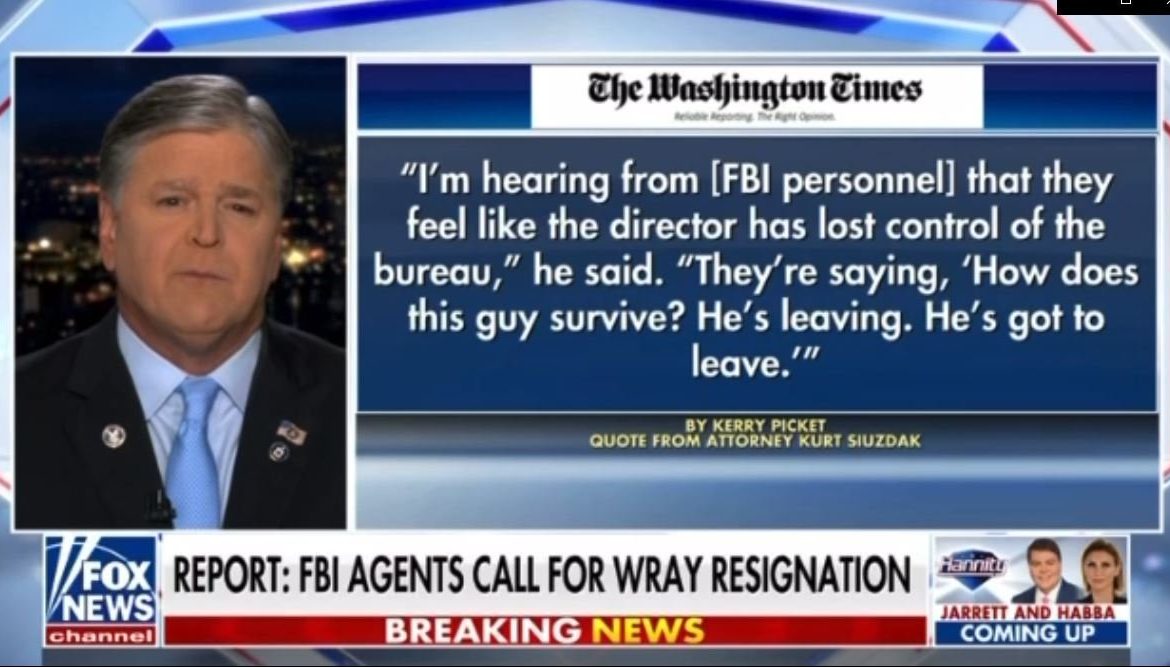 Sean Hannity opened his show on Tuesday night by discussing the chaos at the thoroughly corrupt FBI.

According to Sean’s sources, there are now at least 20 whistleblowers who have stepped forward to speak to Congress.

The whistleblowers are demaning dirtbag Chris Wray step down as chief after destroying the agency’s reputation and allowing rampant corruption in the bureau.

Sean Hannity: According to their (the whistleblowers) attorney, “I’m hearing from (FBI personnel) that they feel like the director has lost control of the bureau,” he said. “They’re saying ‘Hows does this guy survive? He’s leaving. He’s got to go.”

Kerry Picket has more at The Washington Times.

The FBI is beyond redemption at this point. The American public knows the agency cannot be trusted.

The FBI is likely the most hated governmental body at this point. A bureau of lawless thugs.

Here’s a recent unscientific poll on trust in the FBI under dirtbag Chris Wray.

Do you trust the FBI?