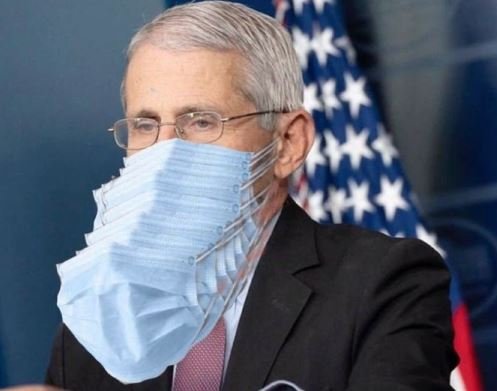 The craziness continues.  This time it is a Berkeley direct policy.  The Orwellian leadership at UC Berkeley are leading the charge with their new “Mask Guidance“.  If the leftists at these universities have their way, we will look back at “masking” as if it always happened in a “Mandela Effect” type charade. Now, apparently, the UC Berkeley “Big Brothers” will demand you wear a mask for the flu if you are not vaccinated against it.  Once again:  Mandela Effect.  If these institutions of indoctrination have their way, a generation to come will reminisce on the past and won’t remember a flu season when we didn’t wear masks.

But the biggest question from this policy:  why would require masks during flu season if you’re unvaccinated but not require them for students unvaccinated from COVID-19?  This seems to suggest the flu is more serious that COVID-19, doesn’t it?

While seemingly the entire world is recognizing that they were misled by Lord Fauci and Co. on the masking guidelines, UC Berkeley is doubling down.  Even YouTube has retracted their policy regarding masking.

The post UC Berkeley to Require Masks… Again… But You Won’t Believe Why… appeared first on The Gateway Pundit.