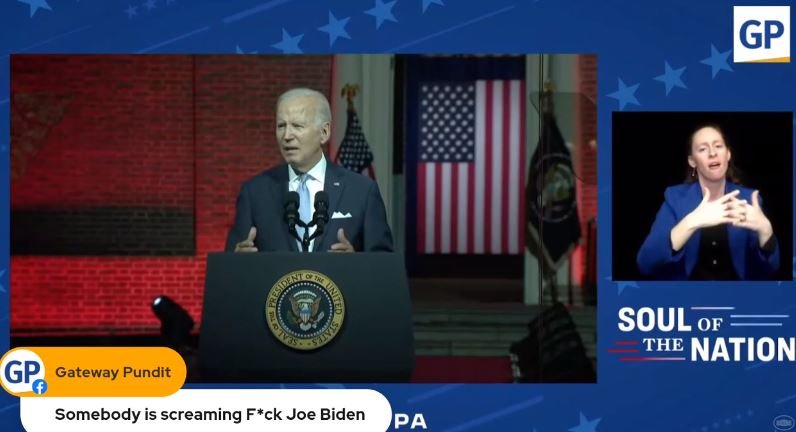 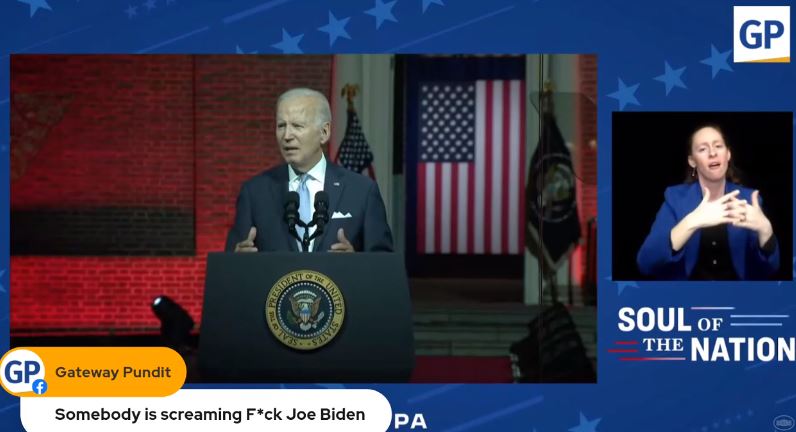 It was clearly the most disgusting speech given by any Ameerican president in the history of the republic.

At least one patriot interrupted his speech with a bullhorn.

Biden lied repeatedly about the economy, MAGA Republicans, the current state of America, and labeled his opposition white supremacists.

Biden acknowledges someone with a bullhorn who is trying to disrupt his speech pic.twitter.com/w4bmniPnoA