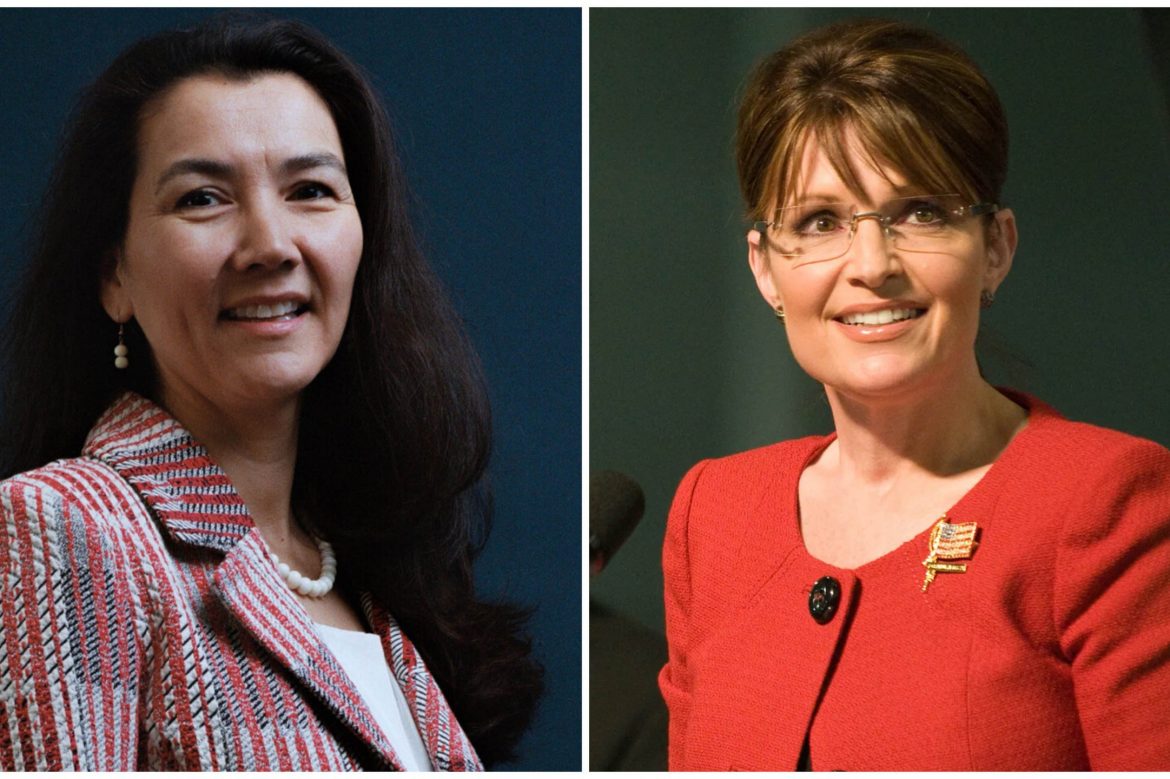 ALASKA ELECTION: Republicans Received 60% of Vote and Lost the Race to a Democrat with 40% of Vote — THANKS GOP FOR SUCKING SO BAD YOU LOST ALASKA TO RANKED-CHOICE VOTING

She is the FIRST DEMOCRAT to win the House seat in solid red Alaska in 50 Years!

Ranked-choice voting and mail-in ballots were implemented by referendum in 2020. Republicans allowed this to happen. Now the state is likely lost forever to Democrat cheating and maneuvering.

The Gateway Pundit previously reported earlier this month that Republicans in Alaska allowed ranked-choice voting to pass in 2020. This confusing system is only being pushed by RINOS and radicals in conservative red states. It allows Democrats to even the playing field when they have no chance of winning. Again — We warned about this back in May! Alaska moved to mail-in voting. And at the same time, they dropped signature verification on ballots.

These new rule changes will ensure the state becomes the next Oregon or California.

HotAir described what took place in Alaska this week and what we can look forward to from Alaska in the future.

Republicans got 60% of the vote AND LOST.

Thank you Republican Party for being so damn worthless.

Alaska has chosen to use all-in primaries instead of party primaries. Other states have adopted these as well, notably California, but they use those to narrow down the general election to a run-off between the top two vote-getters. Alaska puts the top four finishers on its general-election ballot, but requires a majority to win. Rather than use a subsequent runoff between the top two of the general election, Alaska requires voters to fill out second and third choices between the four candidates … and then goes through a ridiculous process to assign those ranked choices if one candidate doesn’t get 50% — which this system all but guarantees will happen. After several days of machinations, Alaska finally announces who won.

In the first round of voting, the results were 40.2 percent for Peltola, 31.3 percent for Palin, and 28.5 percent for Republican Nick Begich. Although 60 percent of Alaska voters cast ballots for GOP candidates as their first choice, under Alaska’s new ranked-choice-voting method, Begich was eliminated after the first round of voting and Begich votes that indicated a preferred second choice were allocated among Peltola and Palin.

The post ALASKA ELECTION: Republicans Received 60% of Vote and Lost the Race to a Democrat with 40% of Vote — THANKS GOP FOR SUCKING SO BAD YOU LOST ALASKA TO RANKED-CHOICE VOTING appeared first on The Gateway Pundit.