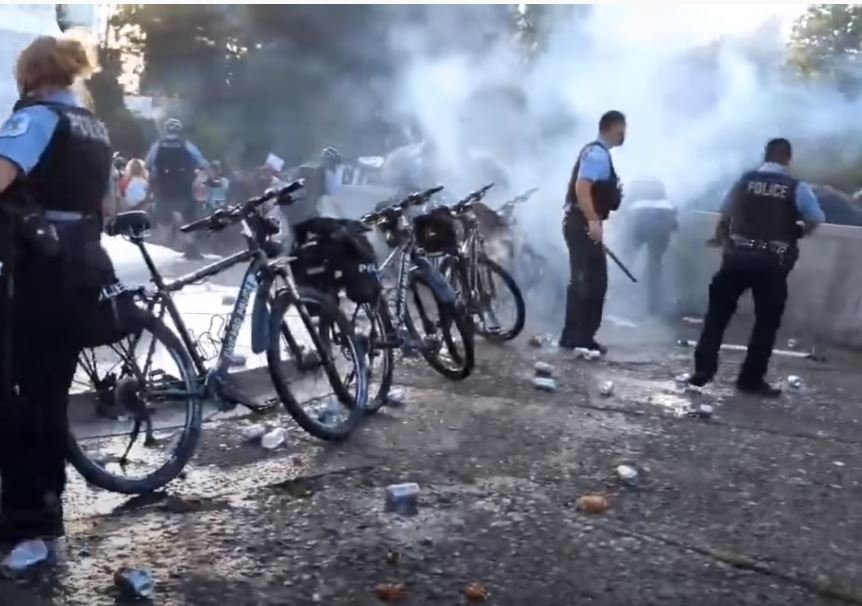 In Illinois, Democrats recently passed a new law that will eliminate the cash bail system starting on January 1, 2023.  This is according to the new law aimed at reforming the state’s criminal justice system.

This will result in the automatic release on no bail while awaiting court date of those accused of certain felonies, such as “second-degree murder, aggravated battery, and arson without bail, as well as drug-induced homicide, kidnapping, burglary, robbery, intimidation, aggravated DUI, aggravated fleeing and eluding, drug offenses and threatening a public official.”

Republican Mayor of Orland Park, Keith Pekau, said in a press conference recently that this new law would deny victims their constitutional rights.

“Offenders released on electronic monitoring have to be in violation for 48 hours before law enforcement can act. They can almost drive to Alaska before we can even look for them,” he said.

“It denies victims their constitutional rights. And keep this in mind, businesses and homeowners will no longer be able to remove trespassers from your residence or your businesses. Someone could decide to live in your shed, and all we can do is give them a ticket. You have to decide what level of force is required to remove them and whether or not it’s legal. This is a massive threat to the residents of Orland Park, Cook County in Illinois,” Pekau warned.

Individuals on electronic monitoring must be in violation for 48 hours before law enforcement can act.

Prohibits officers from removing trespassers from your residence or business. pic.twitter.com/ZX8tlQdelR

Governor Pritzker has made it easier than ever for drug traffickers and cartels to operate in Illinois.

“So how does this affect the war on drugs? Under Pritzker’s SAFE-T Act, it’s possible drug kingpins, smugglers, traffickers or distributors of illegal drugs won’t be detained before trial, no matter the quantity of deadly substances they are accused of possessing. Astonishingly, Pritzker and the Democrats don’t seem to believe there is a connection between drug dealers, street gangs, cartels and the gun violence our state sees daily,” Chicago Tribune reported.

Below is the summary of HB 3653: THE SAFE-T (Safety, Accountability, Fairness, and Equity- Today) ACT Photo via Satanic Temple Detroit As The Gateway Pundit has previously reported — Satanists...

Joe Biden Speaks Gibberish in Puerto Rico: “New York Sent Not Only a Congresswoman, One of the Most Congresswoman in Congress” (VIDEO)

Joe Biden on Monday traveled to Port of Ponce, Puerto Rico to deliver remarks on his...