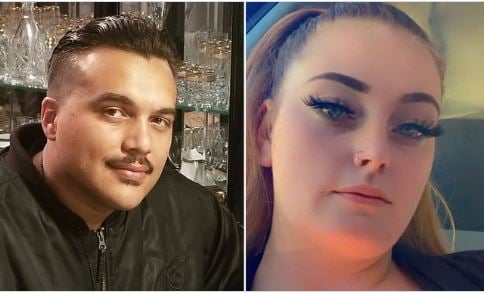 CONFIRMED: Man Who Beheaded Mother in Front of Horrified Neighbors Is an Illegal Immigrant with Expired Visa On Thursday morning a young mother of two was beheaded in front of horrified witnesses in San Carlos, California.

The suspect, identified as Jose Landaeta Solano, severed his ex’s head with what was described as a “samurai sword.”

Solano has a violent criminal past, NBC Bay Area reported.

The victim, who had not been identified at the time, had a restraining order against Solano, according to the outlet.

The killer was in the country illegally.

In Custody>Jose Landaeta Solano, from Venezuela, entered the country on a tourist visa 10 years ago (on 0bama’s watch) and never left. Victim was: Karina Castro. May she RIP.

On Sunday PJ Media identified the victim and reported that the suspect is an illegal alien.

The young mother who was brutally beheaded last Thursday has been identified as 27-year-old Karina Castro. Castro was beheaded with a sword just before noon last Thursday in broad daylight as shocked neighbors watched. The attack took place in front of her apartment building. An earlier report stated she was 25 years old.

The alleged killer, Jose Solano Landaeta, reportedly cut off Castro’s head with a sword. He left her head under the car that her body was in. Cops swarmed in minutes later to find the grisly crime scene.

Shortly thereafter, Landaeta returned to the location with two friends and was promptly arrested.

Landaeta is the father of Castro’s one-year-old toddler. Castro also had a seven-year-old daughter.The Santa Monica Observer is reporting Landaeta was in the country illegally, claiming he came to the United States from Venezuela ten years ago on a tourist visa and never left.

“Every time I saw her, I would beg her. Don’t talk to him. Leave him. And it seemed like the more I did that, the more she would see him,” Castro’s father, Marty Castro, lamented to KGO-TV.

What a tragic story.

The post CONFIRMED: Man Who Beheaded Mother in Front of Horrified Neighbors Is an Illegal Immigrant with Expired Visa appeared first on The Gateway Pundit.