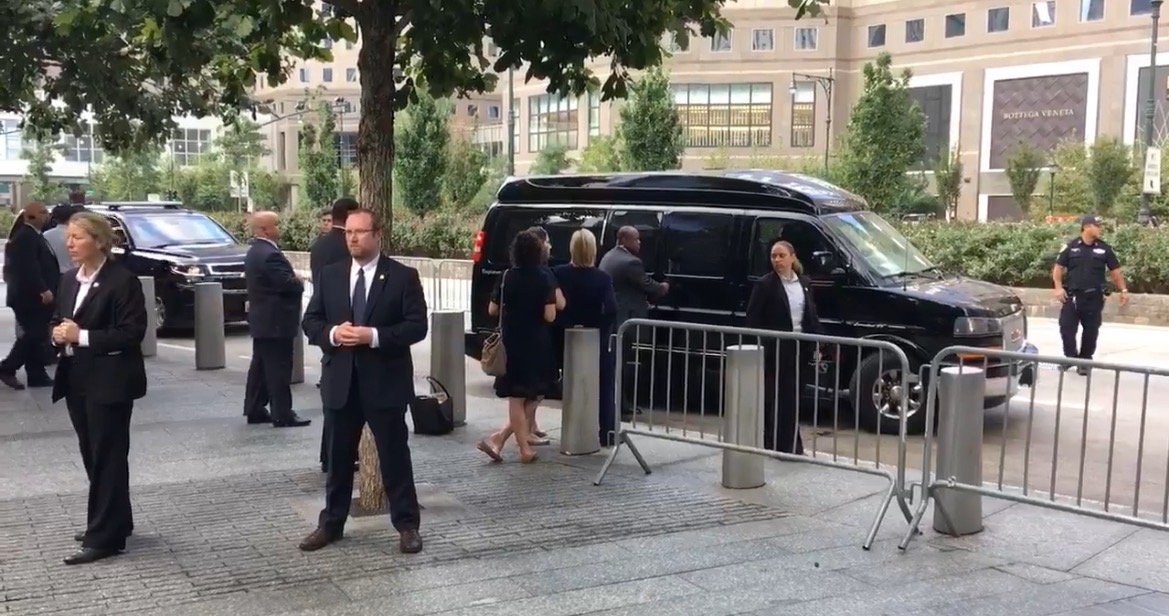 Clinton’s handlers threw her into her van like a side of beef.

Hillary even lost a shoe. But it was a very comfortable 75 degrees that morning in New York City.

Here’s video from a different angle:

The Clinton campaign then released a statement from Hillary’s doctor stating she was diagnosed with pneumonia on that day which led to her fainting episode.

“Secretary Clinton has been experiencing a cough related to allergies. On Friday, during follow-up evaluation of her prolonged cough, she was diagnosed with pneumonia. She was put on antibiotics, and advised to rest and modify her schedule. While at this morning’s event she became overheated and dehydrated. I have just examined her and she is now re-hydrated and recovering nicely,” Clinton’s doctor said on September 11, 2016.

Hillary lied to the press about her health problems.

Hillary hugged a little girl and risked exposing her to pneumonia…

Here is Hillary Clinton leaving Chelsea’s apartment. (A little girl came up to give her a hug) pic.twitter.com/VreSXmT1Yh

Why did Hillary Clinton risk exposing this little girl to pneumonia? pic.twitter.com/e7DanT2umD

The post Six Years Ago Today Hillary Clinton Dropped Like a Rock and Was Thrown Into Van Like a Side of Beef (VIDEO) appeared first on The Gateway Pundit.