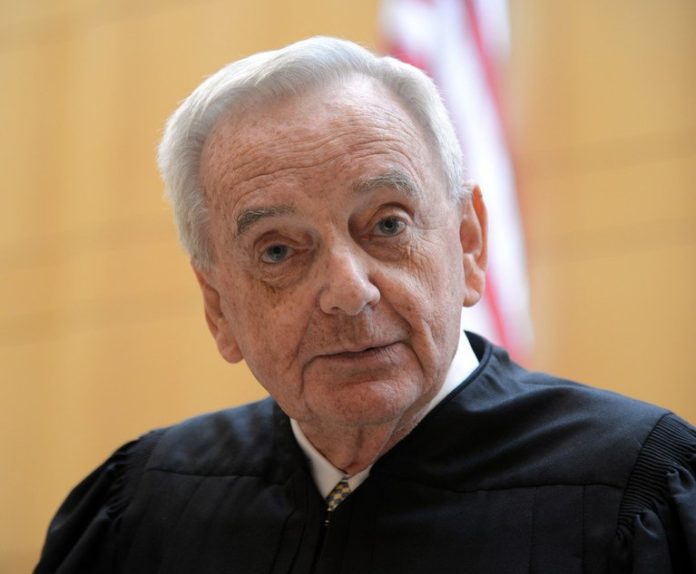 WHAT? Trump’s Legal Team and DOJ Reportedly Agree on Judge to Serve as Special Master in Mar-a-Lago Case — The FISA Judge Who Rubber-Stamped Carter Page Warrant

The Trump legal team and fascist Merrick Garland and the corrupt DOJ came to an agreement in a potential candidate to serve as the special master in the Mar-a-Lago case.

Judge Raymond Dearie’s name is being presented as a possible special master who will review the documents seized by the DOJ-FBI in the Mar-a-Lago raid.

Judge Raymond Dearie was one of the FISA judges who signed the warrant to spy on Carter Page without cause.

The Justice Department and former President Donald Trump’s legal team have found rare agreement in a potential candidate to serve as the special master tasked with reviewing the documents seized from Mar-a-Lago.

Judge Raymond Dearie, whom Trump’s legal team put forward, is an acceptable option to serve as the third-party attorney to independently review the seized materials, the Justice Department said in a court filing Monday evening.

While it remains unclear when US District Judge Aileen Cannon will decide who will serve as the special master, here’s what you need to know about Dearie and the role he could play in the investigation.

Dearie, a Reagan nominee, has served as a federal judge in New York since 1986. He retired in 2011 and is now a senior judge on the circuit.

He also served a seven-year term on the US Foreign Intelligence Surveillance Court, or FISA court.

Dearie was one of the judges who approved an FBI and DOJ request to surveil Carter Page, a Trump campaign foreign policy adviser, as part of the federal inquiry into whether Russia interfered in the 2016 election.

Cristina Laila at The Gateway Pundit wrote about Judge Raymond Dearie back in 2018 during the first coup against President Trump.

Raymond Dearie was one of two FISA Court judges who rubber-stamped the warrants to spy on Carter Page.

Two FISA court judges who rubber-stamped the illegal surveillance warrants signed by Comey, McCabe and Sally Yates to spy on Trump’s campaign have been revealed.

Chief Justice John Roberts appointed Judge Raymond Dearie of New York to the FISC in 2010. Dearie is a veteran prosecutor who is described as fair with “no leanings.”

Former Deputy Director of the FBI Andrew McCabe testified that if not for the dossier, the FBI would have never sought a FISA warrant on Carter Page.

The Trump legal team is seriously pressing their luck if they think Judge Dearie is going to be a fair in the Special Master matter.

It certainly is NOT a good sign that the communist-left approves of his appointment to the position.

More… Victoria Taft at PJ Media argues the choice of Judge Dearie was either brilliant… or a disaster.

The post WHAT? Trump’s Legal Team and DOJ Reportedly Agree on Judge to Serve as Special Master in Mar-a-Lago Case — The FISA Judge Who Rubber-Stamped Carter Page Warrant appeared first on The Gateway Pundit.