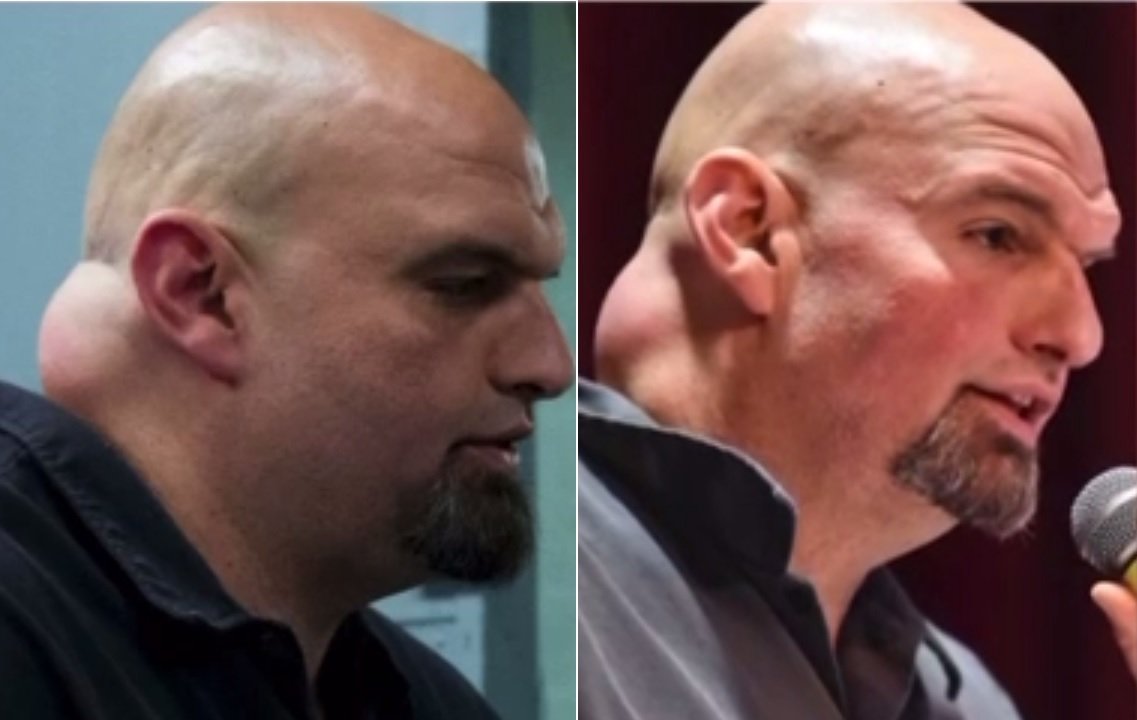 Tucker Carlson devoted an entire segment on Fetterman’s neck or Fetterneck, as some people call it.

What is the strange lumpy mass?

Is this the reason John Fetterman always wears bagging hoodies?

Tucker Carlson: As you can see, it’s not quite a goiter but it’s bigger than a pimple. It’s a lump. But what sort of lump? That’s they question. Does this lump have its own Instagram? Does it plan to run for statewide office in Pennsylvania? Don’t laugh. The party that put Joe Biden in the White House is perfectly capable of running an entire campaign around any sentient lump of flesh.

Tucker Carlson on what is beneath John Fetterman’s hoodie:

“Does this lump have its own Instagram? Does it plan to run for statewide office in Pennsylvania?” pic.twitter.com/y1lg6S4jIW

Makes you wonder who’s calling the shots, Fetterman or the little man on his neck. https://t.co/5QUNOoQzIM pic.twitter.com/pxugk3z73u