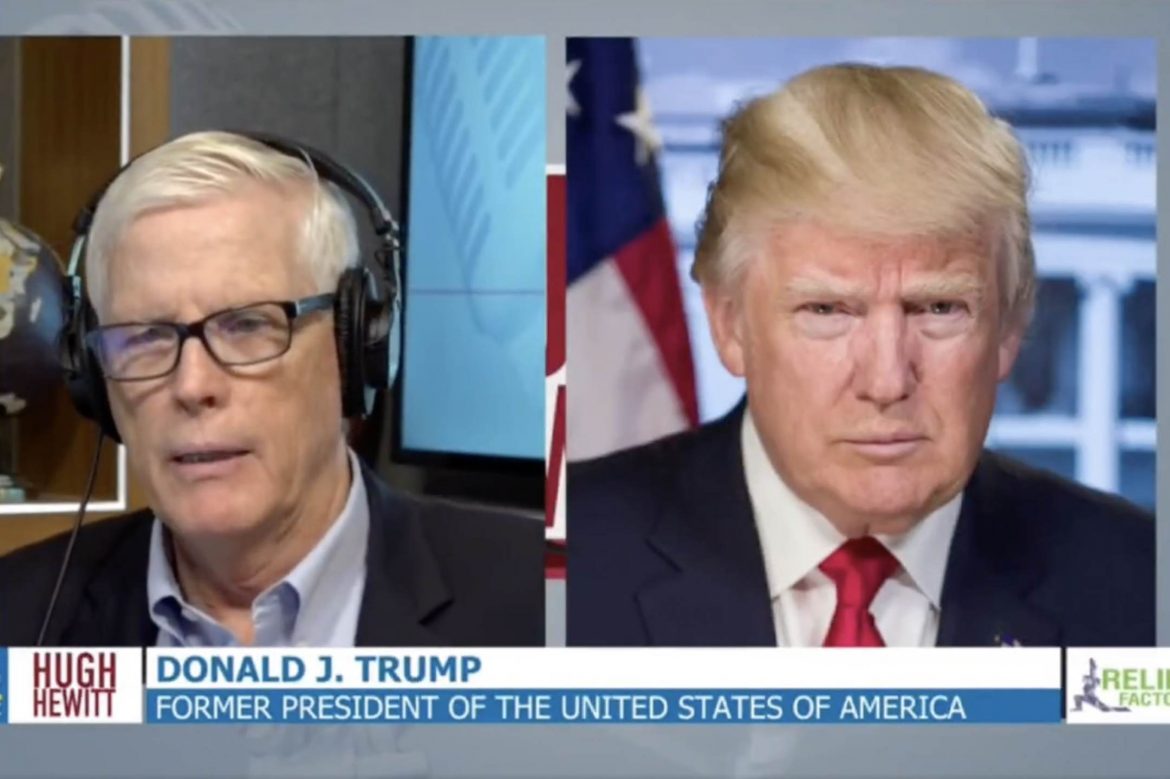 “There Would be BIG PROBLEMS the Likes We’ve Never Seen Before!” – President Trump on the Possibility of Being Indicted by Biden Regime (VIDEO) During the interview, Hewitt asked President Trump about the possibility of being indicted by the Biden DOJ. Hugh did not bring up the numerous recent instances of former Presidents — and Hillary Clinton — being caught with classified information in their possession.

“You know the old saying, prosecutor can indict a ham sandwich if they want to? I’m just asking if there is such a prosecutor and they indict you, would that deter you from running for president again?” Hugh Hewitt asked Trump.

“I don’t think the people of the United States would stand for it. And as you know, if a thing like that happened, I would have no prohibition against running, you know that already,” Trump responded.

“I do, and that’s what I want people to understand that would not take you out of the arena,” Hewitt replied.

“It would not. But I think if it happened, I think you’d have problems in this country the likes of which perhaps we’ve never seen before. I don’t think the people of the United States would stand for it,” Trump said.

“What kind of problems, Mr. President?”

“I think they’d have big problems. Big problems. I just don’t think they’d stand for it. They will not sit still and stand for this ultimate of hoaxes. We went through phony impeachment. We went through phony Mueller reports that came out with no collusion. We came everything that they’ve done to try and stop progress. And on top of that, I did more than virtually. Take a look with the biggest tax cuts, with the rebuilding of our military, with all of the things we’ve done, I don’t think the people of this country we’re stand for it especially since they know I’m totally innocent,” Trump responded.

JUST IN: President Donald Trump on the possibility of being indicted. pic.twitter.com/b61OhibZMn

The post “There Would be BIG PROBLEMS the Likes We’ve Never Seen Before!” – President Trump on the Possibility of Being Indicted by Biden Regime (VIDEO) appeared first on The Gateway Pundit.