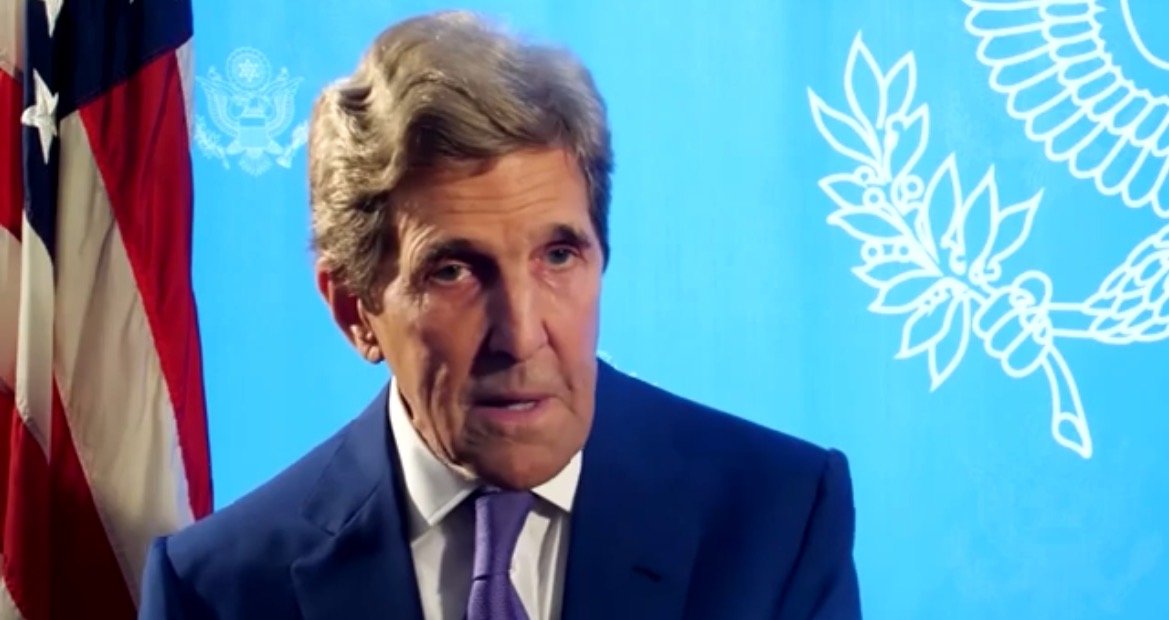 You really can’t make this stuff up.

Biden’s Special Climate Envoy John Kerry jet-set to Africa to lecture the impoverished nations over there on being “as green as possible.”

“I think it’s more of a question right now to helping people to develop but don’t mistake – don’t make the mistakes that we’ve already made in the past,” John Kerry said during an interview with Reuters during a visit to Dakar, Senegal on Thursday.

“Be as green as possible and help us move forward in a way that will not make the problem worse than it already is,” Kerry said.

“Kerry’s family jet, a Gulfstream GIV-SP, has made a total of 48 trips lasting more than 60 hours and emitted an estimated 715,886 pounds, or 325 metric tons, of carbon since President Biden was sworn into office, according to federal data obtained by Fox News Digital via FlightAware. The plane belongs to Flying Squirrel LLC., a charter company owned by Kerry’s wife Teresa Heinz-Kerry and in which Kerry reported owning a more than $1 million stake on his most recent financial disclosure.” the outlet added.

“Over 600 million people, or 43% of Africa’s population, do not have access to electricity, according to the International Energy Agency June 2022” – The Daily Caller noted.

Meanwhile, pompous globalist John Kerry is lecturing Africans on being as green as possible.

The post Biden Climate Envoy John Kerry Jet-Sets to Africa to Lecture Them on Being “As Green As Possible” (VIDEO) appeared first on The Gateway Pundit.