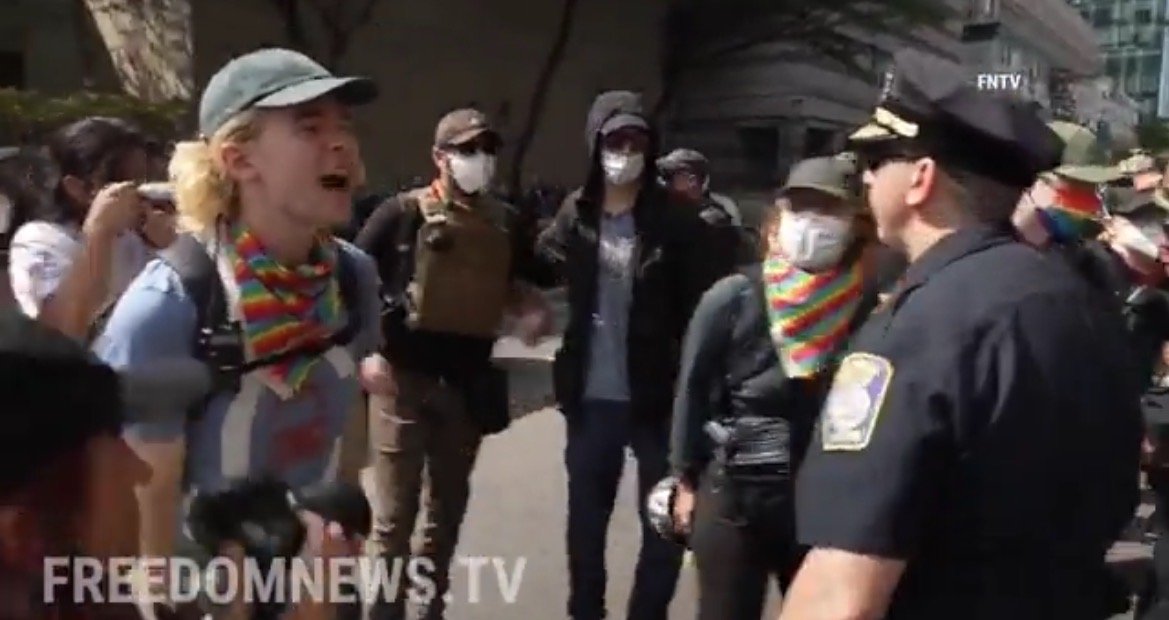 Far-left activists were pushed back by police after trying to confront those protesting transgender surgeries for children at Boston Children’s Hospital on Sunday.

“Go f*ck yourself you transphobic piece of sh*t!” a far-left activist shouted as police pushed him back.

Violent far-left protesters are pushed back by police in Boston after trying to confront those protesting transgender surgeries for children at Boston Children’s Hospital. Video by @ScooterCasterNY: pic.twitter.com/MtubYJErnd

Boston Children’s Hospital faced backlash over a video they created that appears to be promoting “gender affirming hysterectomies” for “transgender” children.

The video, featuring Dr. Frances Grimstad, an obstetrician-gynecologist, went viral after being posted by the popular Libs of TikTok Twitter account.

In another video the hospital claimed that toddlers can know that they are transgender. They claimed that signs of a transgender toddler include refusing haircuts or playing with toys for the opposite gender — even though liberals have long claimed that toys have no gender and previously fought to end gendered toy aisles in stores.

Boston Children’s Hospital (@BostonChildrens) says that toddlers can know they are transgender. Some signs are refusing a haircut or playing with the opposite gender toys. pic.twitter.com/bEoWt1wI1l

The post Far-Left Activists Pushed Back by Police After Trying to Confront Demonstrators Protesting Transgender Surgeries For Children at Boston Children’s Hospital (VIDEO) appeared first on The Gateway Pundit.