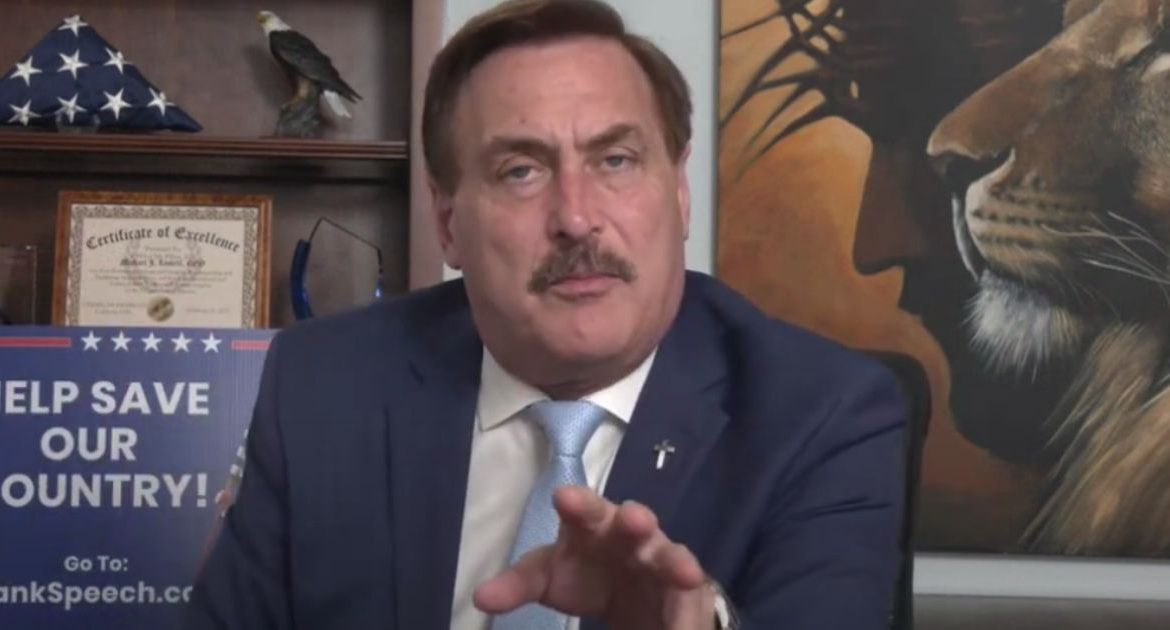 Breaking: Mike Lindell Suing FBI, US Gov’t in Next 18 Hours – Exclusive Interview with The Western Journal

On Monday, during an interview with The Western Journal, Mike Lindell, the CEO of My Pillow, announced he would be suing the FBI.

Lindell alleges that a recent business venture he was involved with fell through thanks to FBI involvement.

The My Pillow CEO set up a “mini-Amazon” platform, called mystore.com, where U.S.-based entrepreneurs could sell their products.

Four out of five businesses that partnered with Lindell backed out of the deal after learning of the FBI’s involvement in Lindell’s affairs, the CEO claims.

“Four of them called me and said, ‘Mike, we don’t want to do business with you now that the FBI is involved,’” Lindell told The Western Journal.

“People now perceive that I’ve committed some kind of a crime or done something wrong.”

A bank also pressured one of Lindell’s mystore.com partners into ending the partnership, as well, because of the FBI, Lindell said.

“One of the banks for these guys backed out and said, ‘We’re not going to give you money because of Mike Lindell now getting … the FBI stopping him for his phone,’” Lindell told The Western Journal.

According to local Minnesota outlet The Free Press, FBI agents executed a search warrant while Lindell was sitting in the drive-thru of a Mankato, Minnesota, Hardee’s on Tuesday.

Lindell was then forced to hand over his phone to FBI agents.

The search warrant was reportedly issued over an FBI investigation regarding “a Colorado official accused of allowing an unauthorized person to break into the county’s election system to search for evidence that would validate” claims that the 2020 election was “stolen.”

According to Lindell, the FBI has yet to charge him with any crime.

Despite this, the agency’s involvement could potentially cost him “tens of millions of dollars” by pressuring these potential vendors out of the mystore.com deal, Lindell said.

The CEO further iterated that his suit would be filed within a day.

“This cannot happen in our country anymore.”

The post Breaking: Mike Lindell Suing FBI, US Gov’t in Next 18 Hours – Exclusive Interview with The Western Journal appeared first on The Gateway Pundit.