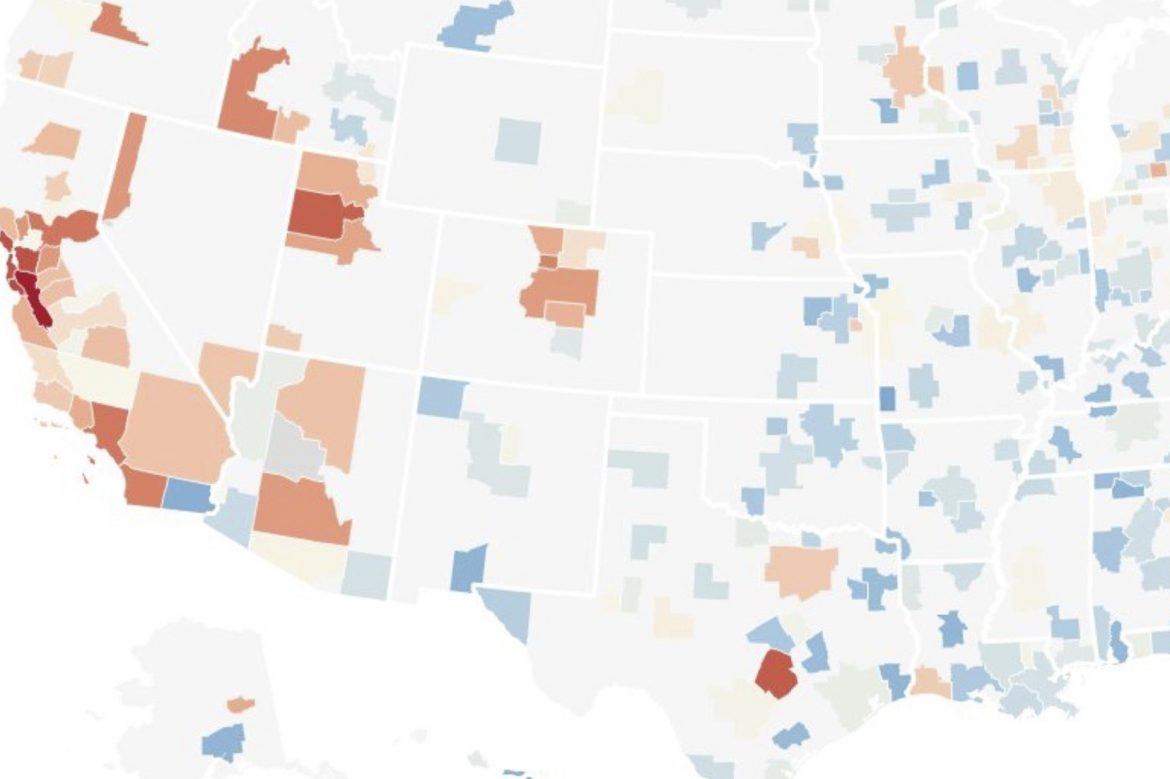 Data from Zillow showed home values dropping in blue areas across the country.

Zillow is well-known American tech real-estate marketplace company that was founded in 2006.

Here is a map tracking home values across the country. (Red means a decrease in price while blue means an increase: 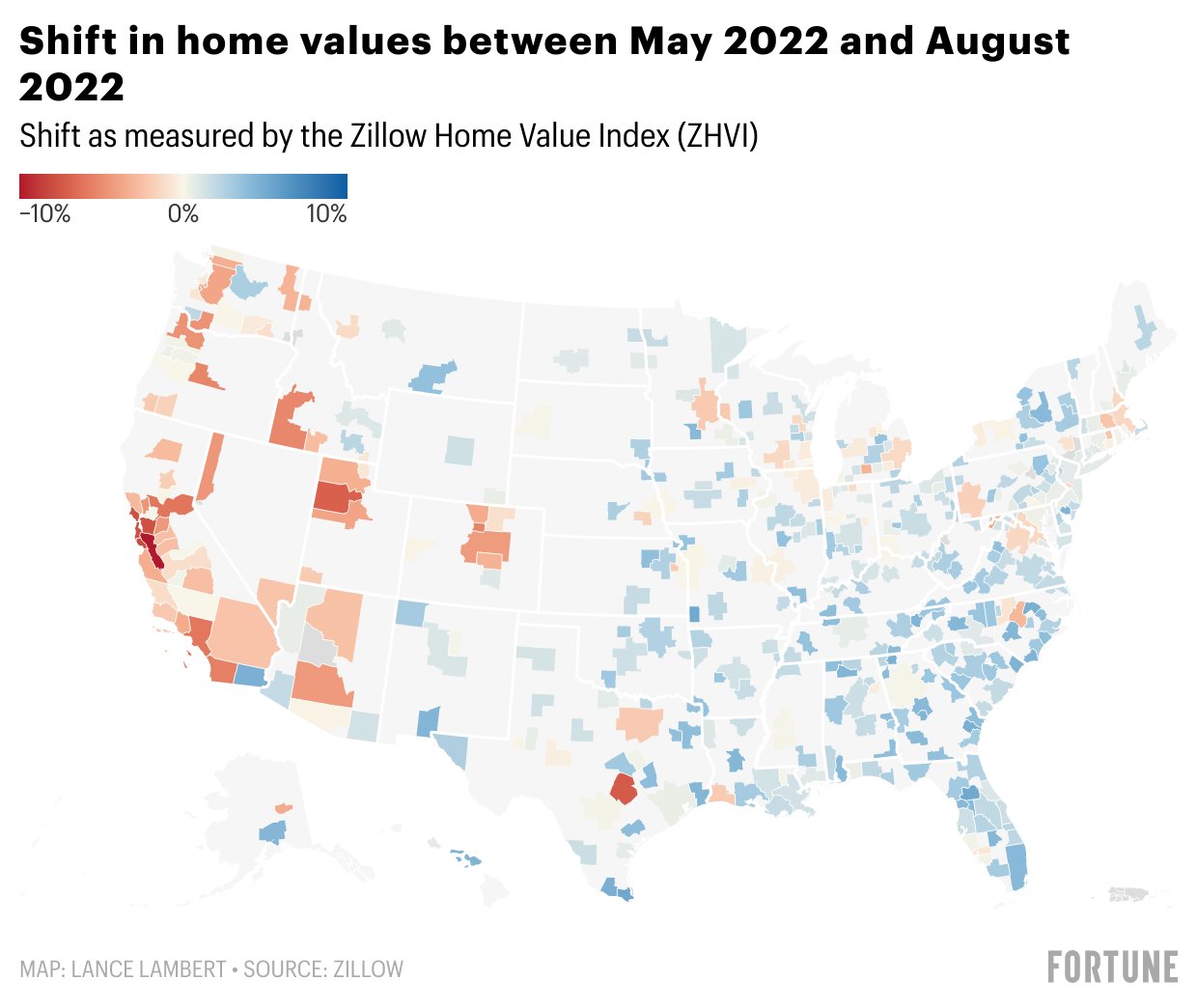 America is on the move like never before. Some would say at a tectonic level and for many the driver is as much political as it is economic. The top five states seeing a mass exodus are all Democrat-controlled. According to the U.S. Census Bureau, California, New York, New Jersey, Michigan and Illinois lost a combined 4 million residents between 2010 and 2019. Conversely, a recent study by U-Haul reported that the top five states to see the greatest influx of new residents include the Republican-led states of Florida, Texas, Tennessee, Ohio and Arizona.

The growing American divide, however, isn’t just between states—it’s also county to county. When urban centers across the country were besieged by rampant crime—including riots and civil unrest last year—many residents took that as their cue to flee as the Covid-driven work-from-home phenomenon became the new normal. For many urbanites, looking for a permanent way out meant migrating to the suburbs and even to rural communities.

Specifically, many Californians have fled to Texas.

So many residents have left California that U-Haul announced they had run out of trucks to accommodate all the movers in January.

A new report from U-Haul found that migration to southern states continued throughout the pandemic, with Texas being the top destination.

“Gone to Texas” was such a well-known phrase during early migrations to the state that people simply carved “GTT” on trees or fence posts when they headed west from the young United States. Now a highway version of “GTT” is underway, but it’s headed from west to east: California and Illinois ranked as the states with the greatest one-way net loss of U-Haul trucks, and most of that traffic appears to have gone to Texas and Florida.

So many Californians are leaving the once Golden State that the moving giant says it ran out of wheels for them to rent.

Texas ranked as top in the pre-pandemic years, most notably 2016-18, falling to Florida in 2019 and Tennessee in 2020, but the Lone Star State has now reclaimed its top spot.

Now, we’re seeing those moves play out in home prices.

Democrats are scaring people away!