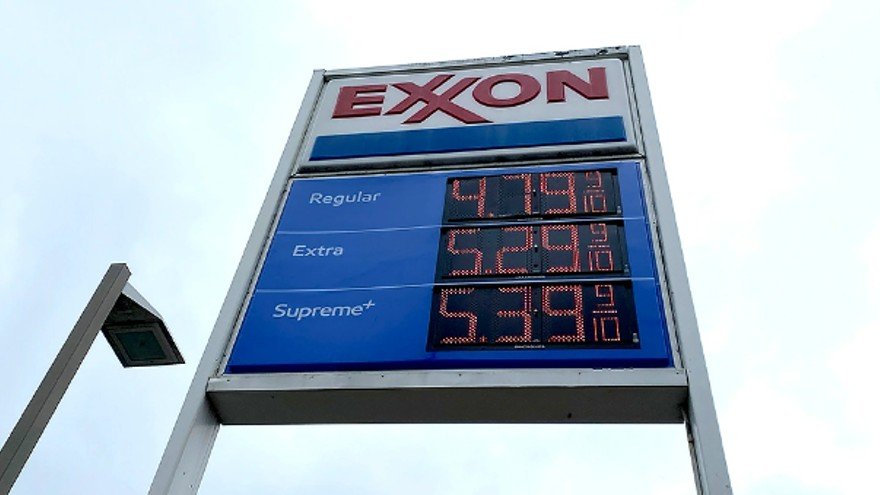 Not Good: Gas Prices Are On The Rise Again – Despite Joe Biden Depleting US Oil Reserves Joe Biden’s agenda is failing where it matters most: how everyday Americans live their lives.

Gas prices are rising again — they are still far above where they were when President Trump left office.

The national average for a gallon of gasoline rose by almost one penny to $3.681 per gallon from $3.674 after steadily falling every day since early June, according to data from AAA.

Gas prices hit a record high of $5.02 per gallon on June 14, which was the last time prices rose. At the time, U.S. crude was about $120 a barrel and the benchmark international price was even higher. Since then, oil prices – which account for over half of what consumers pay at the pump – have tumbled.

The average price could get up to $4 a gallon according to Allen Good, an equities analyst at Morningstar.

Recently, the daily declines in gas prices have slowed to tiny increments, just fractions of a cent. Futures trading suggests that investors expect oil and gasoline prices to continue drifting down over the next year, but these commodities are volatile and subject to global economic and political forces: Prices can go back up as quickly as they have come down. One of the factors pulling down demand recently has been people altering their driving habits in response to high prices, which could change again if prices settle down.

“I’d estimate over the next few weeks a recovery in prices,” said Allen Good, an equities analyst at Morningstar. He expects gas prices to “remain relatively high,” between $3.50 and $4 a gallon in the coming months, he said.

.@RepMTG: “Joe Biden is selling our emergency oil reserves to China, so that he can lower the gas prices for November 8th, and they can hopefully win Democratic seats. Absolutely pathetic.” pic.twitter.com/fIjJDXe7RT

The post Not Good: Gas Prices Are On The Rise Again – Despite Joe Biden Depleting US Oil Reserves appeared first on The Gateway Pundit.