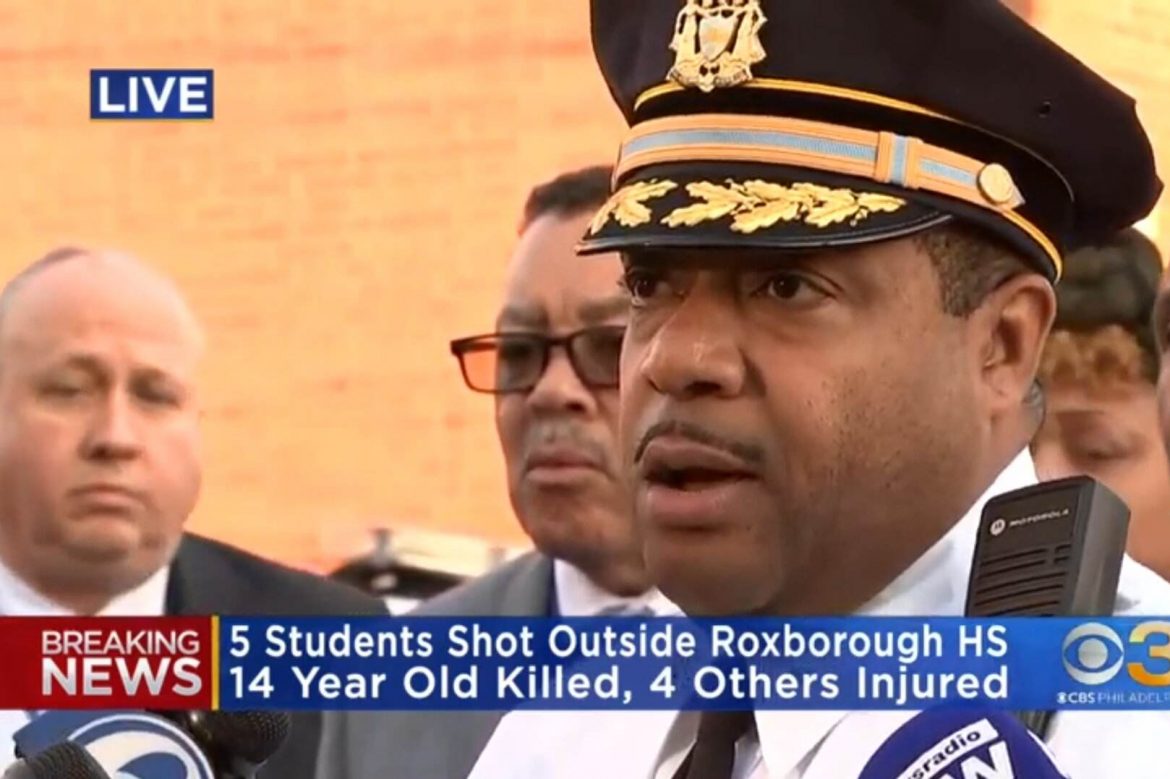 A 14-year-old boy was killed and four other teenage boys were wounded in Philadelphia Tuesday afternoon as they were shot at by two people in a Ford Explorer while leaving a high school football scrimmage at Roxborough High School with two other teams, Northeast High School and Boys Latin Charter. Dozens of bullets were reported to have been fired at the student players.

Three wounded players were taken to area hospitals while a fourth was treated on scene for a graze wound.

WTXF-TV reporter Steven Keeley posted a statement by police on the shooting.

A teenage boy was killed and four others were injured in a drive-by shooting behind Roxborough High School in the Roxborough neighborhood of Philadelphia Tuesday afternoon, police said.

…It happened on the 300 block of Fairway Terrace, behind Roxborough High School, around 4:41 p.m., police said. Another scene was in the parking lot of the school.

According to Philadelphia police, a light green Ford Explorer drove up and people inside fired multiple times, then took off westbound on Fairway Terrace.

…SkyForce10 was overhead as one of the victims was placed into the back of a police car and rushed away from the school parking lot. Blood could be seen nearby.

Investigators marked several bullet casings in chalk along Pechin Street near Fairway Terrace, which is behind the high school.

Video of briefing by police: